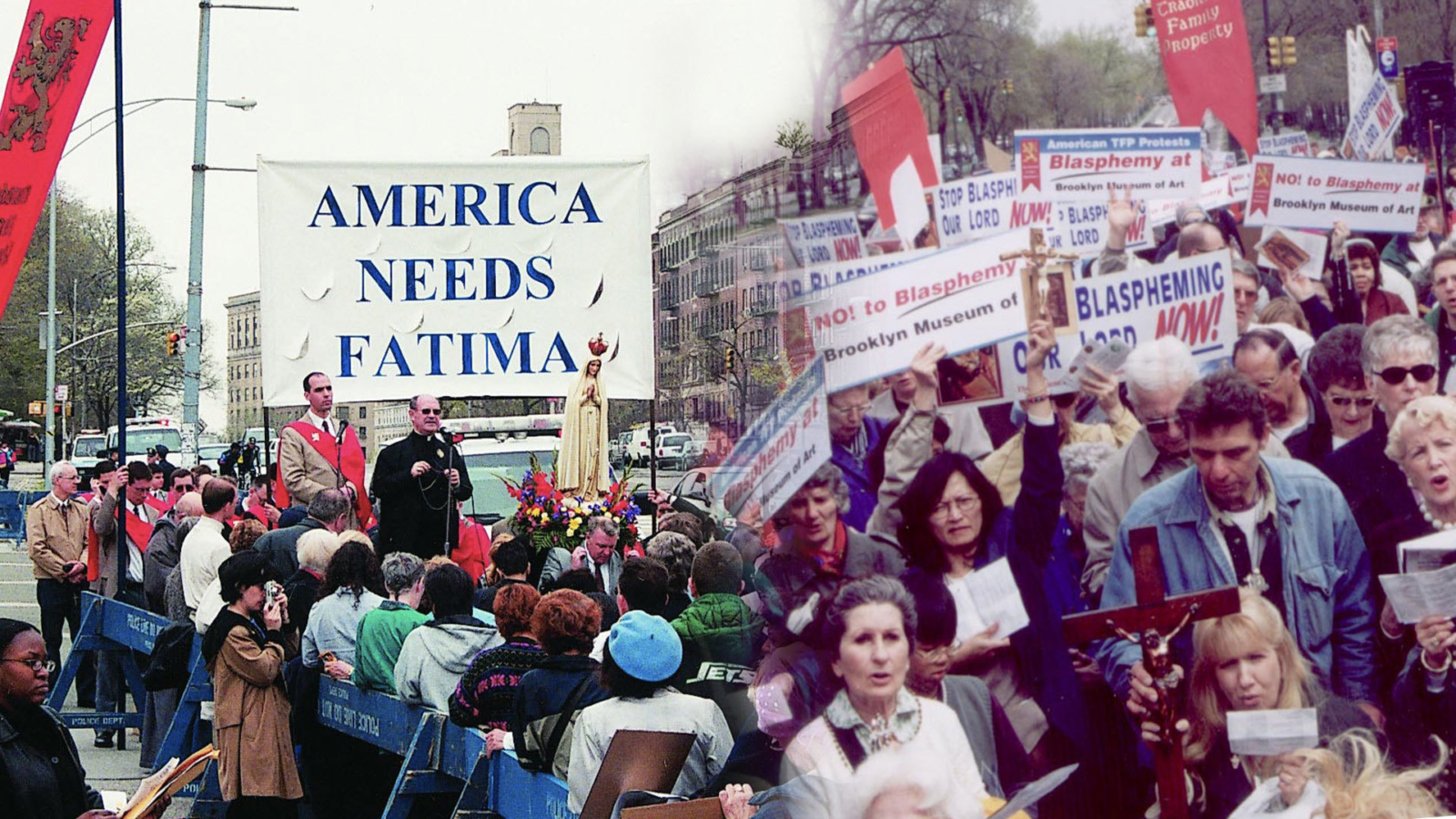 Here are all the ways we work on spreading devotion to Our Lady and her Fatima message today!

Since 1997, America Needs Fatima volunteers, referred to as “Fatima Custodians,” travel our country bringing a number of Fatima statues into homes, showing an audio-visual presentation on the apparitions and message of Our Lady of Fatima and teaching people how to pray the Rosary.

At the end of each presentation, a Rosary is prayed with all present and then participants enjoy a period of time of conversation and sometimes refreshments offered by the host.

Every year these fervent Custodians visit an average of 2,500 homes.

“I am the Lady of the Rosary” — thus revealed the Mother of God and our mother to Lucia dos Santos on the last day of her apparitions in Fatima, Portugal.

This happened shortly before the great Miracle of the Sun witnessed by a multitude of 70,000 people. She then continued to encourage the three shepherd children to always pray the Rosary as she consistently told them during the five previous occasions that she appeared.

Undoubtedly, the Holy Rosary is the most powerful, most effective and most accessible spiritual weapon in our arsenal of prayers. The fact that the Mother of God promotes it should be enough to make it so. Nevertheless, as a means of sanctification and in fighting evil, there is no substitute. Countless proofs of this are recorded in the chronicles of history. The faithful recitation of the Rosary has won battles, fought off heresies and produced many miracles. Saints and popes have endorsed it.

So, in 2007, America Needs Fatima started the October Rosary Rally Campaign asking people pray a rosary for America in a public place at noon on the Saturday in October closest to October 13th, when Our Lady performed the miracle of the sun.

We ask that God to continue to bless us and to give America many graces. Since 2007 we have grown from 2100 rallies across the country to over 20,000, ranging in size from one or two participants to thirty or more. Join us and become a Rosary Rally Captain for Our Lady!

Through our anti-blasphemy network, either through public rallies, mailings or email campaigns, America Needs Fatima regularly calls on Catholics to stand up against public blasphemy and defend Our Lord Jesus, Our Blessed Mother, the Pope and the Church from the vile attacks of those who seek to persecute Christianity.

Every year, we promote from twelve to twenty national anti-blasphemy campaigns to oppose the attacks on our faith.

Although mostly aimed at America, these anti-blasphemy campaigns reach hundreds of thousands of people in dozens of foreign countries.

Perhaps one of the most numerous and consistent America Needs Fatima efforts has been the spreading of the Fatima Message and devotion.

Through our "Mary in Every Home program", millions of 8x10 pictures of Our Lady of Fatima have been distributed to American homes.

In addition, the distribution of publications and devotionals—such as books, brochures, prayer cards, fliers, medals and rosaries—has provided a considerable arsenal of spiritual tools placed in the hands of millions of Americans throughout the years.

Since the tragic decision of Roe v. Wade made the sin of abortion legal in the US, the American TFP and America Needs Fatima have been participating in the March for Life in Washington every year in January.

More recently, a proliferation of similar marches have been spreading throughout the country and whenever possible, America Needs Fatima has joined local efforts to promote the end of abortion.

Ten Reasons to fight against Abortion