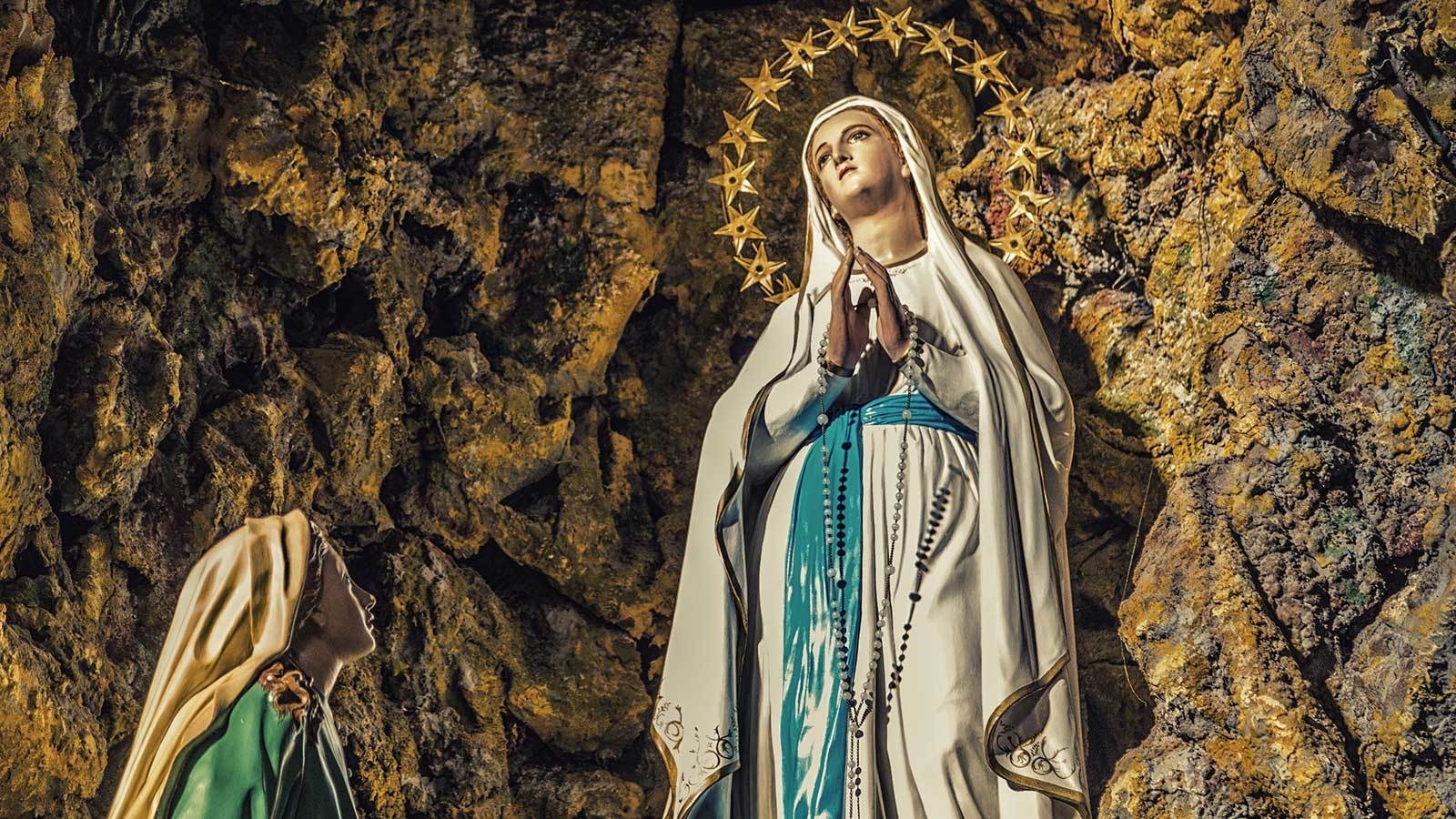 Our Lady of Lourdes

On February 11, 1858 in the Pyrenean village of Lourdes, France, a beautiful young lady appeared to a poor, fourteen-year-old girl named Bernadette Soubirous.

Bernadette and her sister were searching for firewood near the Grotto of Massabielle. Bernadette was often ill, so when her sister removed her stockings in order to wade across the river, the frail girl remained where she was. Soon, a strange silence filled the air.

She turned her head towards the grotto and saw in the opening of the rock a young and beautiful lady. "The Lady" was dressed in white with a yellow rose at each foot and a rosary draped over her arm. Removing her own rosary from her pocket, Bernadette knelt down before "the Lady" and began to pray.

This was the first of eighteen apparitions of the Blessed Mother to the young girl. During the sixteenth apparition on March 25, the feast of the Annunciation, Our Lady identified herself as "the Immaculate Conception."

Bernadette ran to her pastor’s house, repeating to herself over and over again the strange name that "the Lady" had given her so as not to forget it. At that time, the "Immaculate Conception" was not a well known term: just four years earlier, on December 8, 1854, Blessed Pope Pius IX had proclaimed the dogma of the Immaculate Conception in the apostolic constitution Ineffabilis Deus.

Although unknown to the young illiterate Bernadette, the name that "the Lady" had given her was to her dumbfounded pastor more confirmation than he had ever expected.

Complying with Our Lady’s request, there is now a church at the grotto. Our Lady asked that people come in procession, and persevere with prayer and personal conversion.

During the ninth apparition, Our Lady asked Bernadette to kneel and wash in the spring. Confused, because there was no spring near Massabielle, she began to scratch the loose gravel off the ground inside the grotto. As she did so, a small pool formed, and she cupped her hands together and drank, and then washed her face.

The next day, the pool was overflowing and water was dripping down over the rock. To this spring are attributed countless cures, though only 67 are officially recognized by the Church and medicine.

The shrine is considered the most visited place of pilgrimage and healing in the world.

The celebration of the feast of Our Lady of Lourdes was extended to the universal Church in 1907. 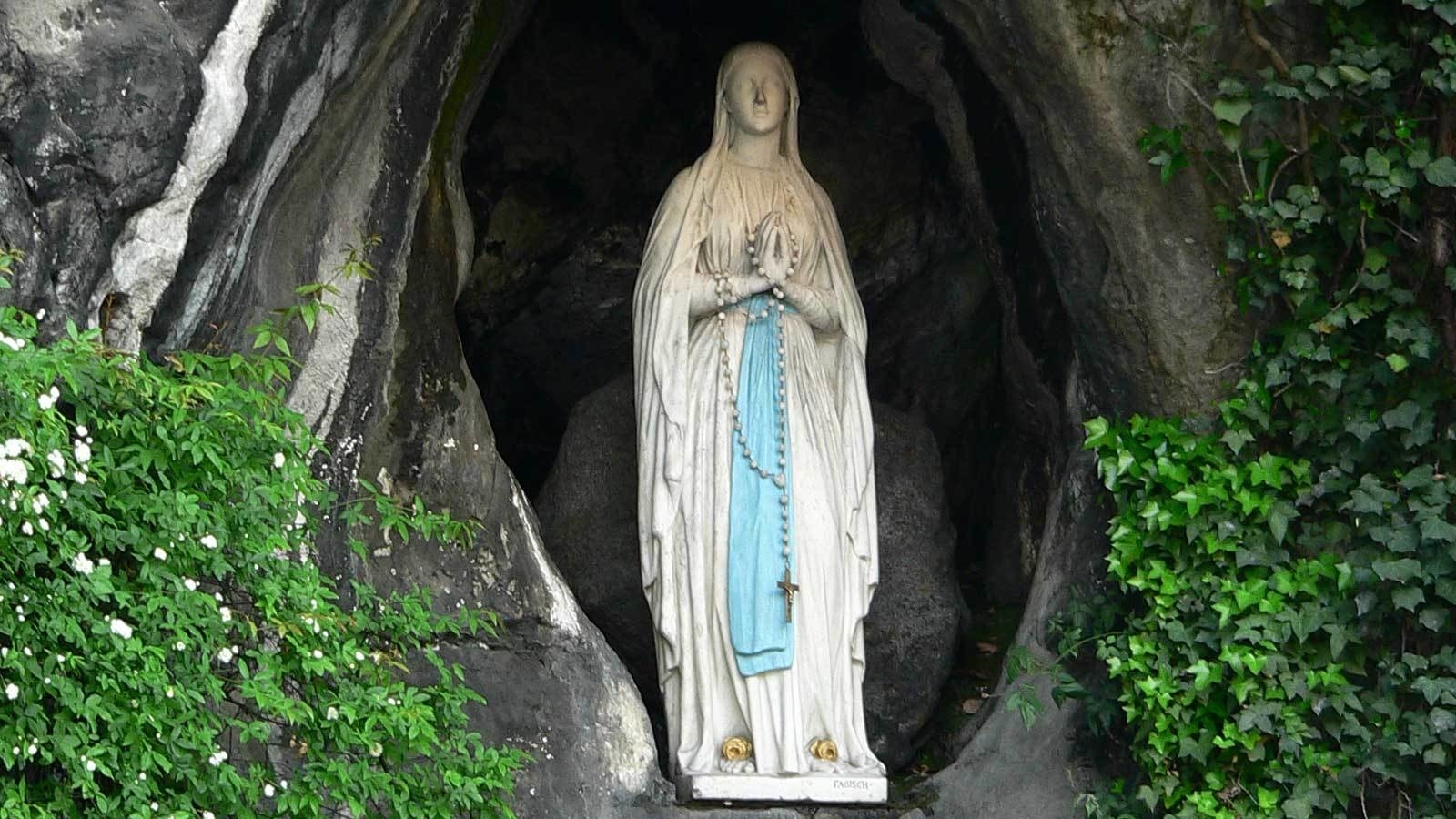 Novena to Our Lady of Lourdes

A beautiful nine day novena to Our Lady of Lourdes, with special prayers for each day. Often prayed from February 3rd to the Feast on February 11th. 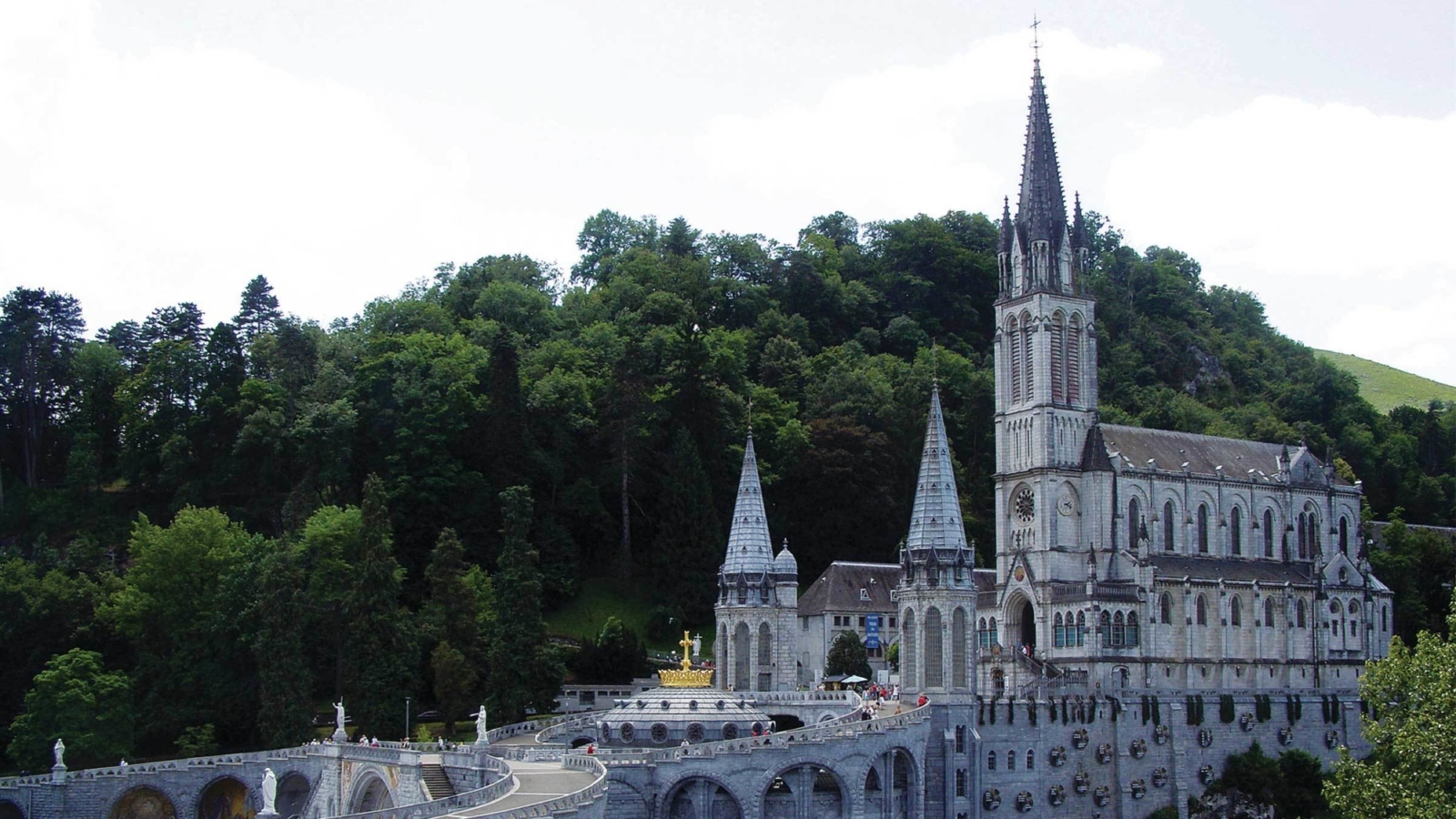 We should have courage, resolution, energy & understand why we must suffer and strive to take joy in it, remembering always that it is God that sends suffering. 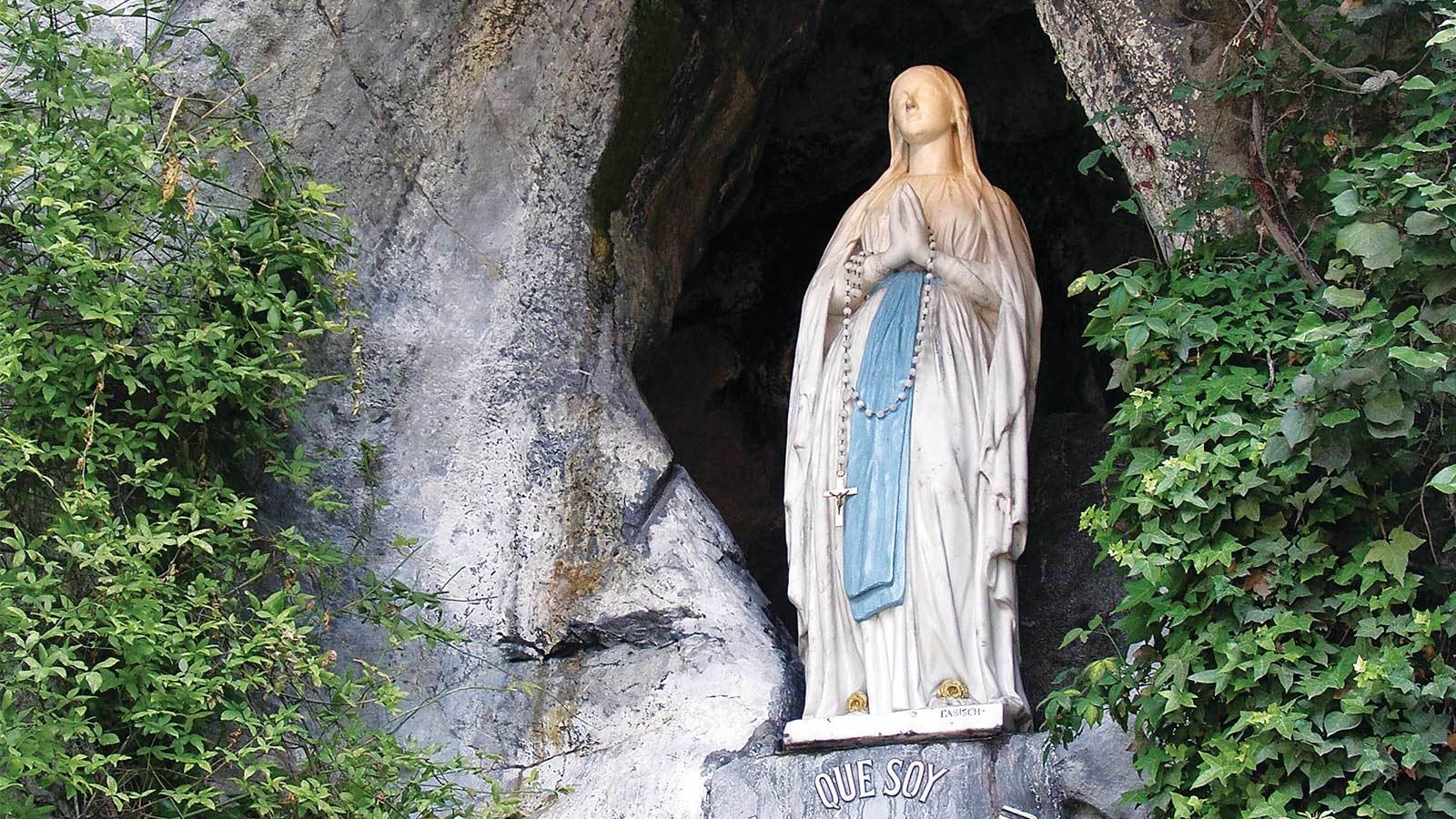 On a Pilgrimage of Desolation and Growth at Lourdes

Author John Horvat II relates his experience in Lourdes during a cold, rainy winter without the "noise" and bustle of other pilgrims.