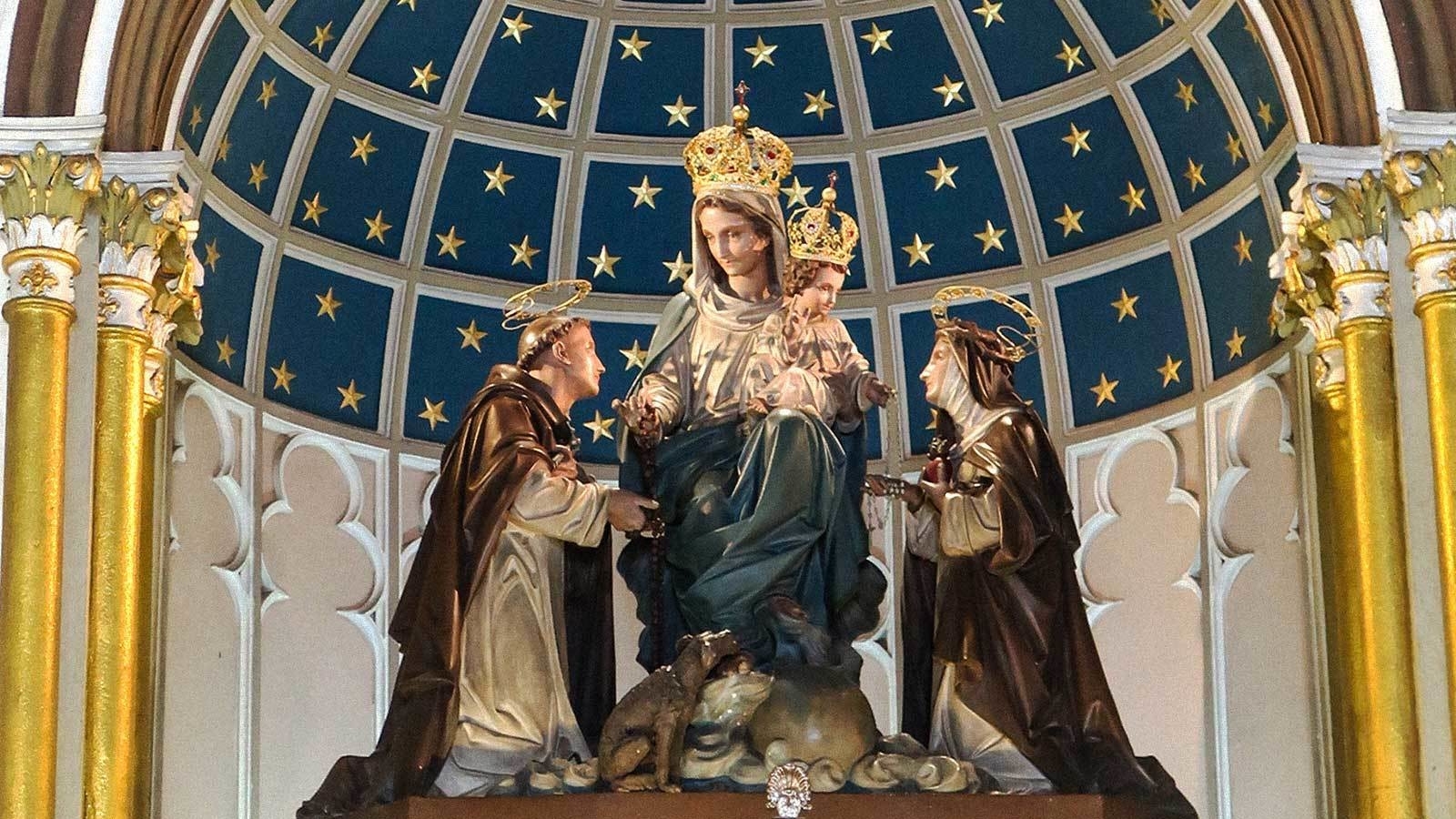 Our Lady of the Rosary

The Blessed Virgin Mary first gave the Rosary to St. Dominic of Guzman in a vision in 1208, as he earnestly begged God for a solution to the Albigensian heresy then aggressively infecting the south of France. After St. Dominic began to preach the Rosary, the days of the Albigensian error were numbered.

The feast of Our Lady of the Rosary was instituted by Pope St. Pius V in honor and thanksgiving for the great victory of the Christian Maritime Coalition against the Muslim fleet at Lepanto in 1571.

The "League" was formed in response to the Muslim advances made in Cyprus, with the intent of invading Western Europe.

Once its forces were gathered ready to meet the Turk in the Mediterranean, St. Pius V blessed the banner of the fleet, which was solemnly consigned to its Commander in Chief, the young Don Juan of Austria, the twenty-four-year-old half-brother of King Phillip II of Spain.

As the fate of Europe hung in the balance, on October 7, 1571, the Sovereign Pontiff called for a Rosary procession in Rome and it was during that procession that the victory was decided for the Christian fleet.

At first St. Pius V instituted October 7 as the feast of Our Lady of Victory. In 1573, Pope Gregory XIII changed the title to that of “Feast of the Holy Rosary”.

In 1716 Pope Clement XI inserted the feast into the Roman Catholic calendar of saints and extended it to the whole of the Latin Rite, assigning the feast to the first Sunday in October. In 1913, Pope St. Pius X changed the date back to October 7.

On May 13, 1917, there began in Fatima, Portugal a series of apparitions of a luminous lady to three little Portuguese shepherds, Lucia dos Santos and Francisco and Jacinta Marto.

She asked them to return to the same spot for five consecutive months, and that in October she would work a miracle for all to believe and reveal who she was.

In every apparition the lady asked for the daily recitation of the Rosary as a remedy to life’s ills, and for peace in the world.

On October 13, 1917, a crowd of 70,000 people witnessed the astounding miracle of the sun, as the fiery orb performed a fantastic dance in the sky above.

The heavenly lady then revealed her name:

“I am the Lady of the Rosary”.