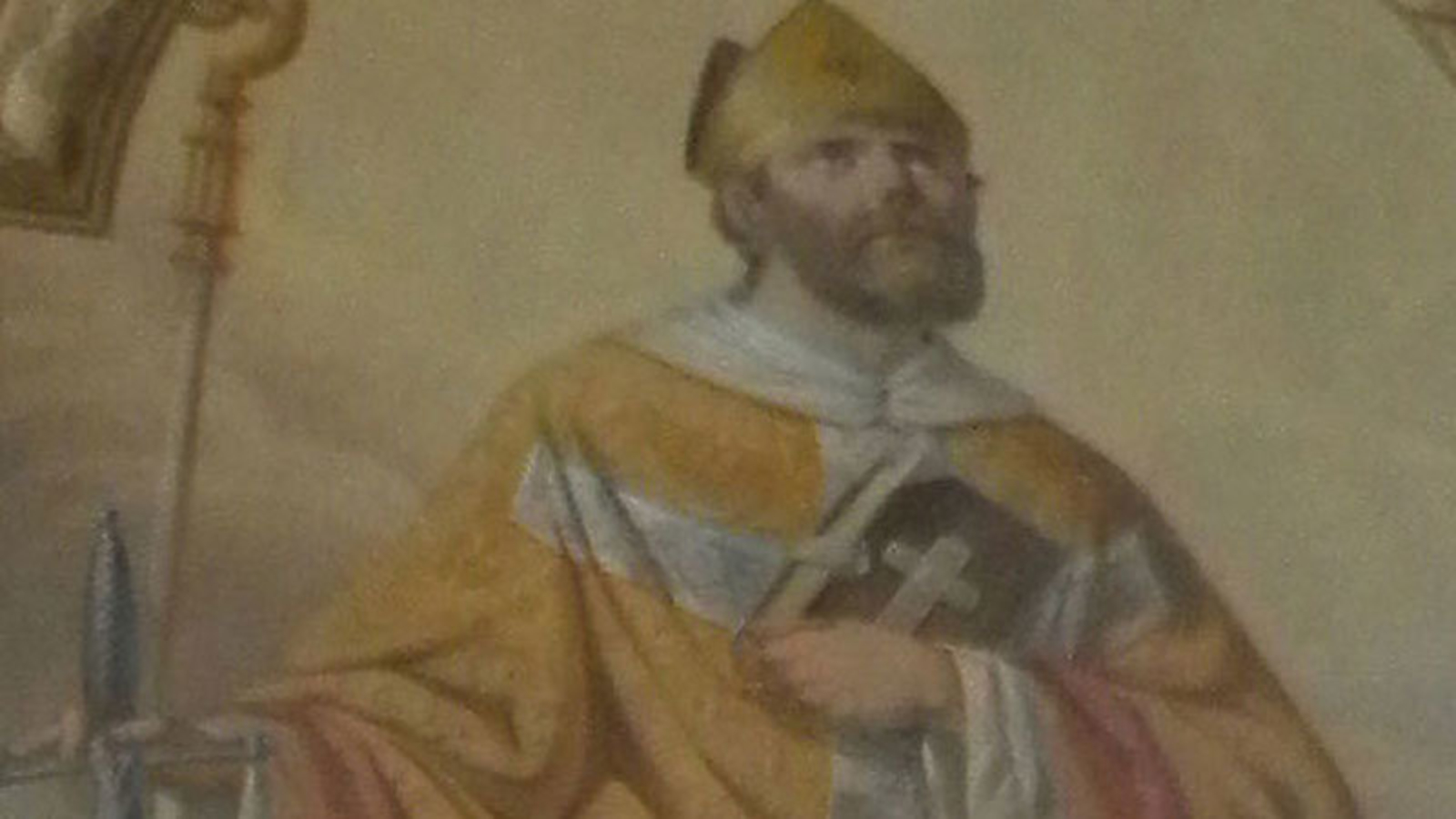 The little known of his life is provided by the great St. Jerome (De viris ill. 74). Born in Greece in the mid-third century, Victorinus spoke Greek better than Latin, which explains why St. Jerome expressed the opinion that his works written in Latin were more remarkable for their matter than for their style. Bishop of the City of Pettau, he was the first theologian to use Latin for his exegesis.

His works are mainly exegetical, meaning that he spent his life in the critical interpretation of biblical text to discover its intended meaning. Victorinus composed commentaries on various books of Holy Scripture, such as Genesis, Exodus, Leviticus, Isaiah, Ezekiel, Habakkuk, Ecclesiastes, the Canticle of Canticles, St. Matthew, and the Apocalypse, besides treatises against the heresies of his time. All that has survived is his Commentary on Apocalypse and the short tract On the construction of the world (De fabrica mundi).

Victorinus was very influenced by Origen, an early Christian scholar, ascetic, and theologian who was born and spent the first half of his career in Alexandria. His works were ranked with the apocrypha and other writings which according to the Decretum Gelasianum decree list De libris recipiendis et non recipiendis ("On books to be received and not to be received"), later attributed to Pope Gelasius I, were to be rejected as not considered free of error. By contrast, St. Jerome gives him an honorable place in his catalogue of ecclesiastical writers.

The Commentary on the Apocalypse

As his greatest surviving work, let us take a look at The Commentary on the Apocalypse. This exegetical work was composed not long after the Valerian Persecution, about 260 A.D. According to Claudio Moreschini, "The interpretation is primarily allegorical, with a marked interest in arithmology… It seems that he did not give a running commentary on the entire text but contented himself with a paraphrase of selected passages. 1

Saint Victorinus was apparently the first of the Church Fathers to ascertain the basic notion of “repetition” – that the Apocalypse is not one uninterrupted and developing line of prophecy, but rather that various subdivisions run parallel with each other. And he saw that the theme of the soon coming Second Advent was a continuous thread of thought throughout the Apocalypse. 2

He wrote of the seven churches as representing seven classes of Christians within the church. The seven seals are explained as constituting a prophetic preview of the spread of the gospel throughout the world. In connection with the Second Advent and the end of the world he looked for wars, famines, pestilences and persecution of the church.

The crowned rider of the four horsemen seated upon the white horse, going forth "conquering, and to conquer," is interpreted as prophetic of Christ's church going forth on its victorious mission, the triumph of Christianity over paganism. The red horse is explained as "coming wars," predicted as significant events preceding the end. The black horse, Victorinus avers, signifies "famines" in the time of the Antichrist. The pale horse meant "coming destructions." 3

The first and second angels of Revelation 14 are the predicted Elias and Jeremiah, witnessing before the Second Advent and end of the world, ushering in the eternal kingdom. The leopard beast of Revelation 14 signifies the kingdom of the time of Antichrist. Victorinus considers the 666 of verse 18 as the computation of letters, each of which comprise the equivalent number, of an assortment of possible names.

Saint Victorinus believed that after the seven plagues of the last days in Revelation 15, Babylon, in Revelation 17, is identified as Rome seated upon her "seven hills," drunk with the blood of martyrs. The seven heads of the seven-hilled Rome are believed, in their immediate application, to represent seven emperors, the sixth being Domitian, with the eighth who is "of the seven," as Nero. 5 Victorinus interpreted the "thousand years" in Revelation 20, in which Satan is bound, as occurring "in the first advent of Christ, even to the end of the age." 6

The Martyrdom of Saint Victorinus

Saint Victorinus and six companions were citizens of Corinth, and confessed their faith before Tertius the proconsul, in their own country, in 249, in the beginning of the reign of Decius.

After their torments they passed into Egypt, whether by compulsion or by voluntary banishment is not known, and there finished their martyrdom at Diospolis, capital of Thebais, in the reign of Numerian, in 284, under the governor Sabinus.

After the governor had tried the constancy of martyrs by racks, scourges, and various inventions of cruelty, he caused Victorinus to be thrown into a great mortar (the Greek Menology says, of marble.)

The executioners began by pounding his feet and legs, saying to him at every stroke: “Spare yourself, wretch. It depends upon you to escape this death, if you will only renounce your new God.”

The prefect grew furious at his constancy, and at length commanded his head to be beaten to pieces. The sight of this mortar, so far from casting a damp on his companions, seemed to inspire them with the greater ardor to be treated in the like manner.

Header Image: Fresco of Saint Victorinus, found in a church in Nova Cerkev, a settlement in eastern Slovenia.