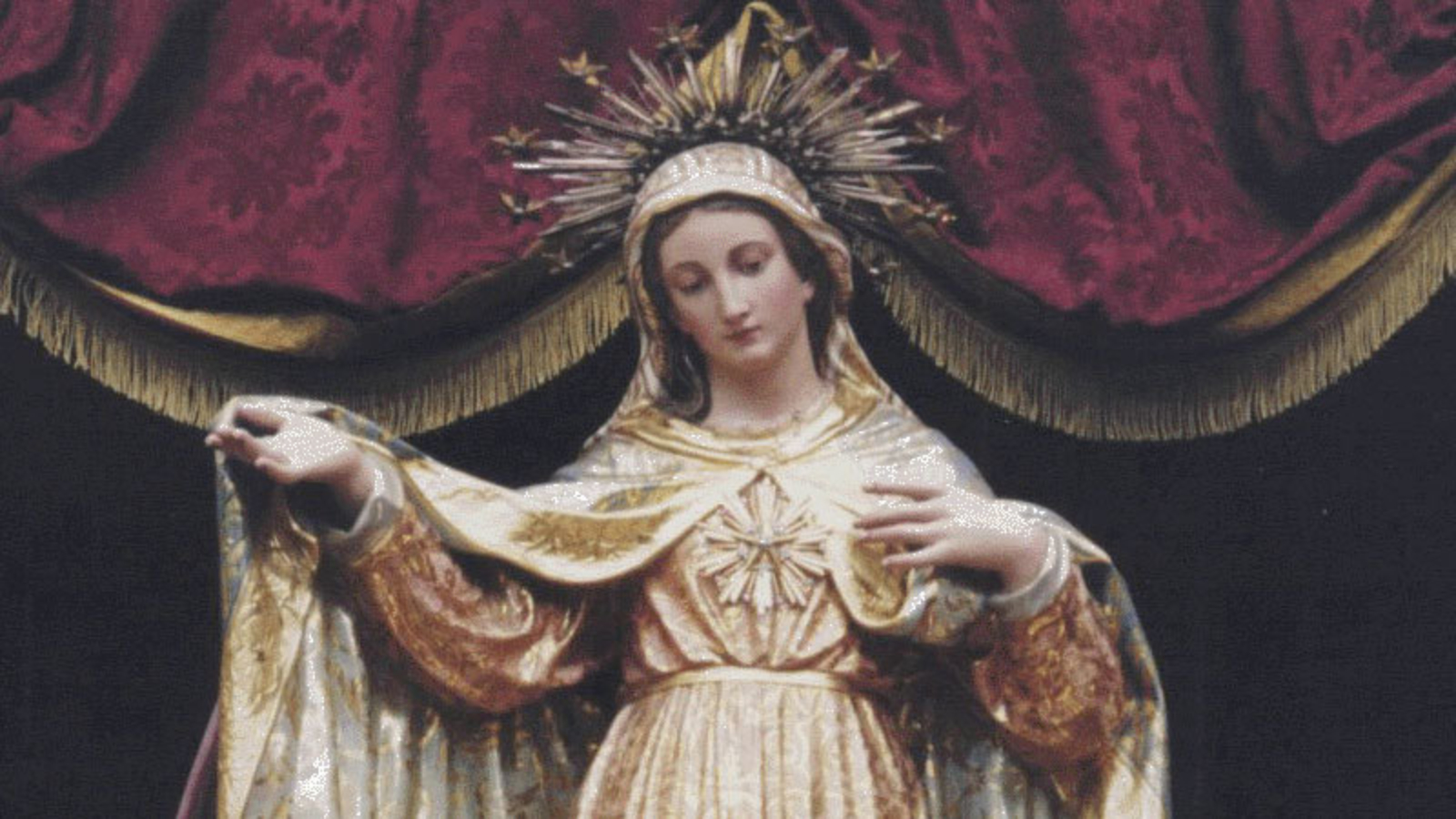 Sweet Star of the Sea

Did you know that the Blessed Virgin Mary, embarked on a sea voyage in her lifetime?

Though this information does not come to us by way of Scriptures, it reaches us through a trustworthy private revelation, which the Church approved and leaves to our discretion to believe.

Such is the vast work entitled, City of God, written by Venerable Maria of Agreda, a Conceptionist nun and mystic of the seventeenth century to whom the Virgin Mary dictated her life.

One of the fascinating details of this account is the story of how St. John, to whom Our Lord entrusted His mother, wishing to protect Our Lady from the persecution developing in Jerusalem, moved her to the town of Ephesus in Turkey. To this day there is a house in Ephesus which is claimed to have been her abode.

So it was that the beloved disciple and Mary Most Holy came to the shore, and boarding a ship, made for the high seas.

For the first time, our Blessed Lady was on the sea. She marveled at the might and beauty of the ocean, discerning the greatness, the power, and the charm of her Son written in its glistening movements. She praised God for this His mighty work, at the same time commanding all the inhabitants of the deep to give praise to their Creator. Immediately all the creatures of the ocean, from the biggest to the smallest began to show their heads above the breaking waves, gathering around the vessel and bobbing up and down in gleeful acknowledgement of their Queen’s presence in their midst.

At one point there were so many schools of fish and maritime animals crowding around the bow, that the ship’s progress was hindered. At this, the gentle queen, at St. John’s suggestion, graciously blessed them and dismissed them. All promptly obeyed, with one last foaming show of joy, to the astonishment of all on board who were ignorant of the origin of this wonder.

In this voyage, Our Lady also sensed how terrible a menace the sea can be when aroused, to those sailing it. In her maternal concern, she asked her Son to grant her the particular privilege to be a safe haven to all who invoke her at sea at such times of peril. At this prayer, Our Lord granted her the awesome title of “Star of the Sea” and the assurance to all those who invoke her on the ocean, never to perish by its raging might.

A twenty-first century appendix is that while relating this story to an uncle who was a Navy Commander and devotee of Mary, his face lit up on hearing of this divine grant and exclaimed, “I know by experience that what you tell me is true!”