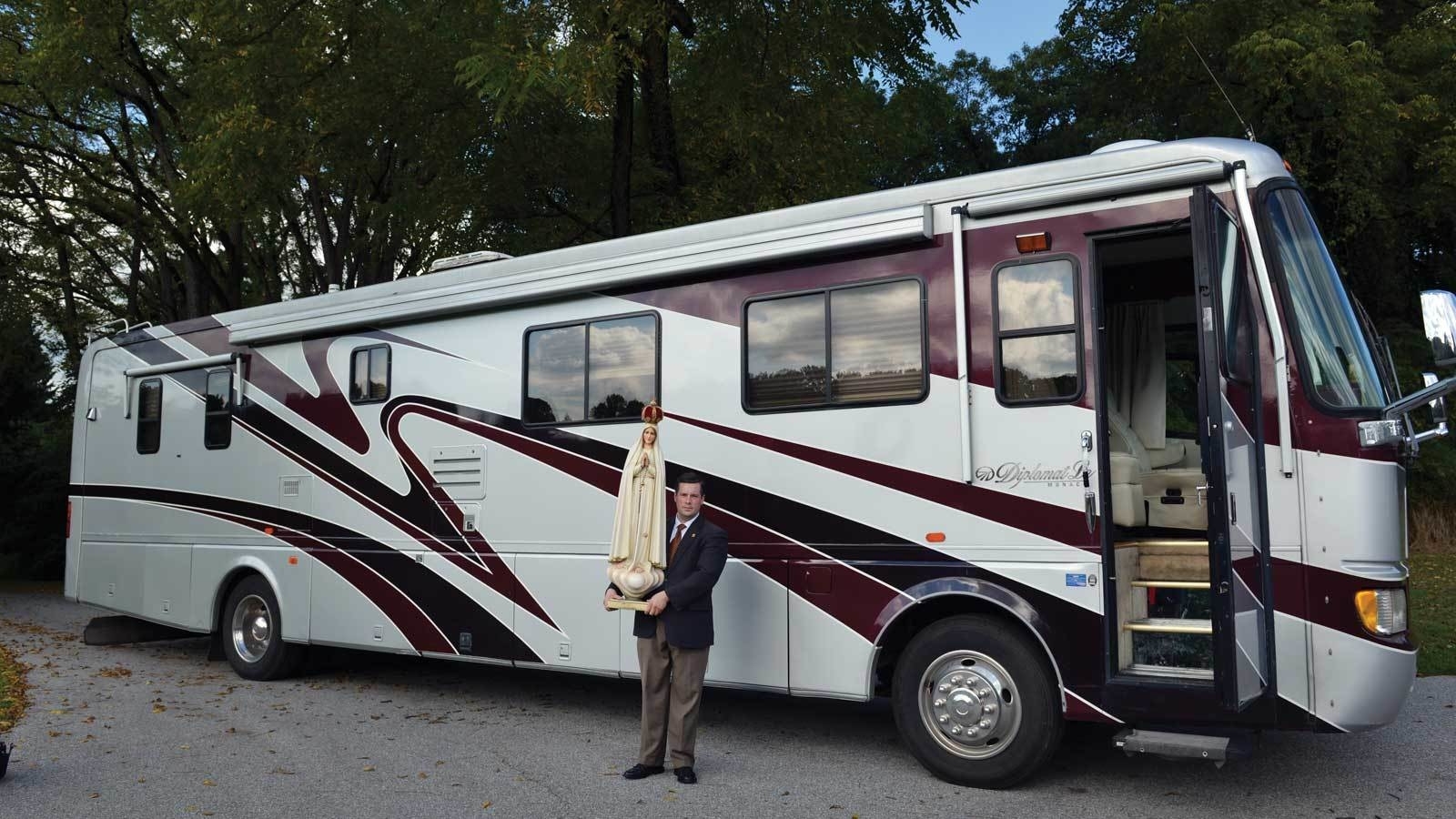 Fatima on Wheels - Motor Home for a Queen

From the start, TFP/America Needs Fatima has been missionary.

At the beginning, volunteers boarded a Volkswagen van and covered thousands of miles taking the message of Fatima to homes across the continent. As the years passed, and the Volkswagen van phased out, minivans took over.

At night, after a long day on the mission, young volunteers either checked into a hotel room or accepted the charity of hosts who generously offered their hospitality.

One day, on Fatima visits in Florida, the Snowbird State, where motor homes abound, ANF full-time volunteer and custodian, Matthew Shibler, had an idea—why not a motor home?

“Rather than spending all this money on hotels and meals, why not carry our own hotel/restaurant with us,” mused Matthew.

He soon found a used motor-home with few miles on it, outfitted the vehicle with bunk-beds, decorated the interior in the spirit of ANF, and christened it “Saint Raphael,” patron saint of travelers, the angel who protected Tobias on his journey.

"And how shall they preach unless they be sent, as it is written: 'How beautiful are the feet of them that preach the gospel of peace, of them that bring glad tidings of good things!'" Romans 10:15

Now on Saint Raphael II, and having learned the ropes, Matthew has the numbers. To begin with, a used motor home is almost the same price as a new minivan. Because of road wear and tear, minivans had to be bought new. Since motor homes run on diesel, used is not an issue; diesel engines go far.

Not only has “ANF on Wheels” saved largely on hotels and meals, but also on shipping. Custodians sell publications and devotional items. One of these is a thirty-inch statue of Our Lady of Fatima.

Matthew remembers driving a minivan for ninety consecutive days, and the weight of inventory had to be reduced, as it was causing the steering to malfunction. Now, he has all the stocking space he needs. Whereas, previously, items had to be shipped from headquarters several times a year, now he almost never runs out of stock, and if a visit to the headquarters takes place, Matthew stocks up for a full year with many dollars saved.

There is the cost of parking the motor home in camping grounds and RV parks. But often the custodians are able to accept the hospitality of friends who offer their large driveways. One such case was that of a friend who offered his driveway, in typical Texan style, for several months while Matthew and his team did Fatima visits in the area.

At times, Fatima custodians join other efforts of TFP/ANF. One such example was the 2013 campaign for marriage in Indiana when, due to an NRA convention, hotel rooms were a minimum $120 per night. Saint Raphael housed seven of a group of thirteen. The other six were lodged in a log home, while meals came from the motor home kitchen.

“Our expenses reverted,” says Matthew. “Before, the order of expense was: lodging, food and fuel; now it is fuel, food and lodging–which order has certainly balanced the budget.”

One of the great advantages of a motor home is the large storage space for publications and religious articles sold at Fatima home visits.

A Home Retreat in Which to Rest and Receive

Custodians’ lives are demanding, conducting an average of two to three visits a day, often traveling many miles in between.

It is good to have a place to call “home” where the volunteers can rest in their own bunks, relax in their own living room, enjoy a chat and a cup of coffee, read a book from a well-stocked library, or have a time of quiet prayer.

“Rest is also work,” goes the adage. Having such a place to revamp injects a new freshness and a renewed spirit into each day and each visit.

Camping grounds are often beautiful places, at times by lakes, and ANF custodians like to walk under the trees or by the water praying their daily rosaries.

Another great aspect of the motor home is that it allows the custodians to receive friends.

“People love to visit,” says Matthew. “They find it curious that a motor home, typically used for leisure, can also be used for mission.”

Maybe it is the combination of “leisure and mission” that makes the idea of the Saint Raphael ANF motor home so attractive to those who visit. They know these missionaries of Mary are doing God’s work, often for months on end.

It is comforting to think that they’ve found a way to relax their spirits so as to serve Our Lady better the next day, and the next, and the next.

Indeed, the modern-day motor home, under Saint Raphael’s patronage, has found a new purpose, and a new mission. To the surprise of many, Fatima Custodian Matthew Shibler and his team have found a new way to travel more comfortably, more economically and work more efficiently to bring Our Lady of Fatima’s statue and message to thousands of homes across America.

The Immaculate Heart of Mary: Core of the Fatima Message

Historically, devotion to Mary Most Holy in the form of her Immaculate Heart first occurs in the thirteenth century with St. Mechtilde, St. Gertrude, St. Bernardine of Siena and others. 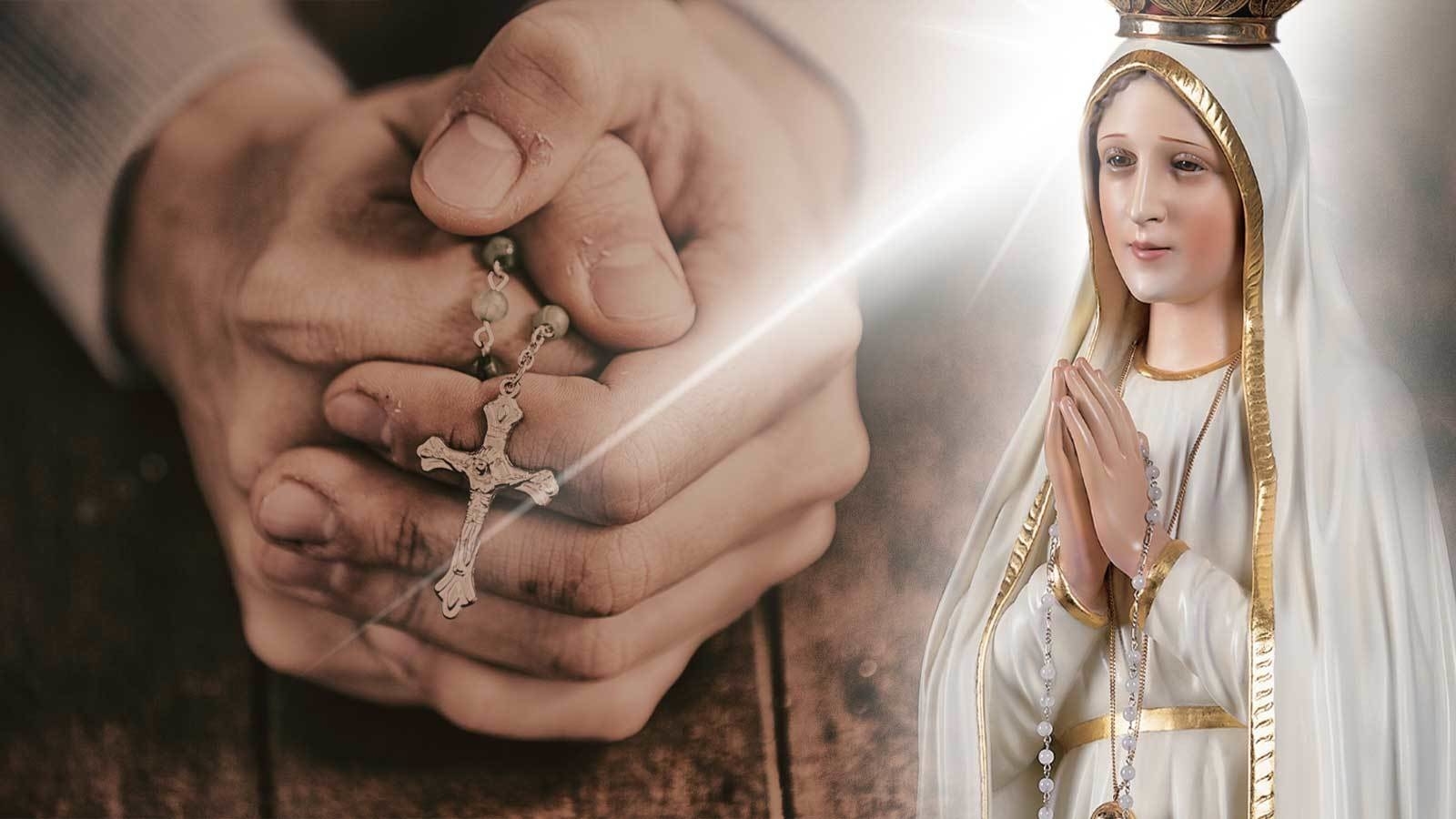 The prayers miraculously revealed to the three shepherd children at Fatima during the apparition of the Angel of Portugal. 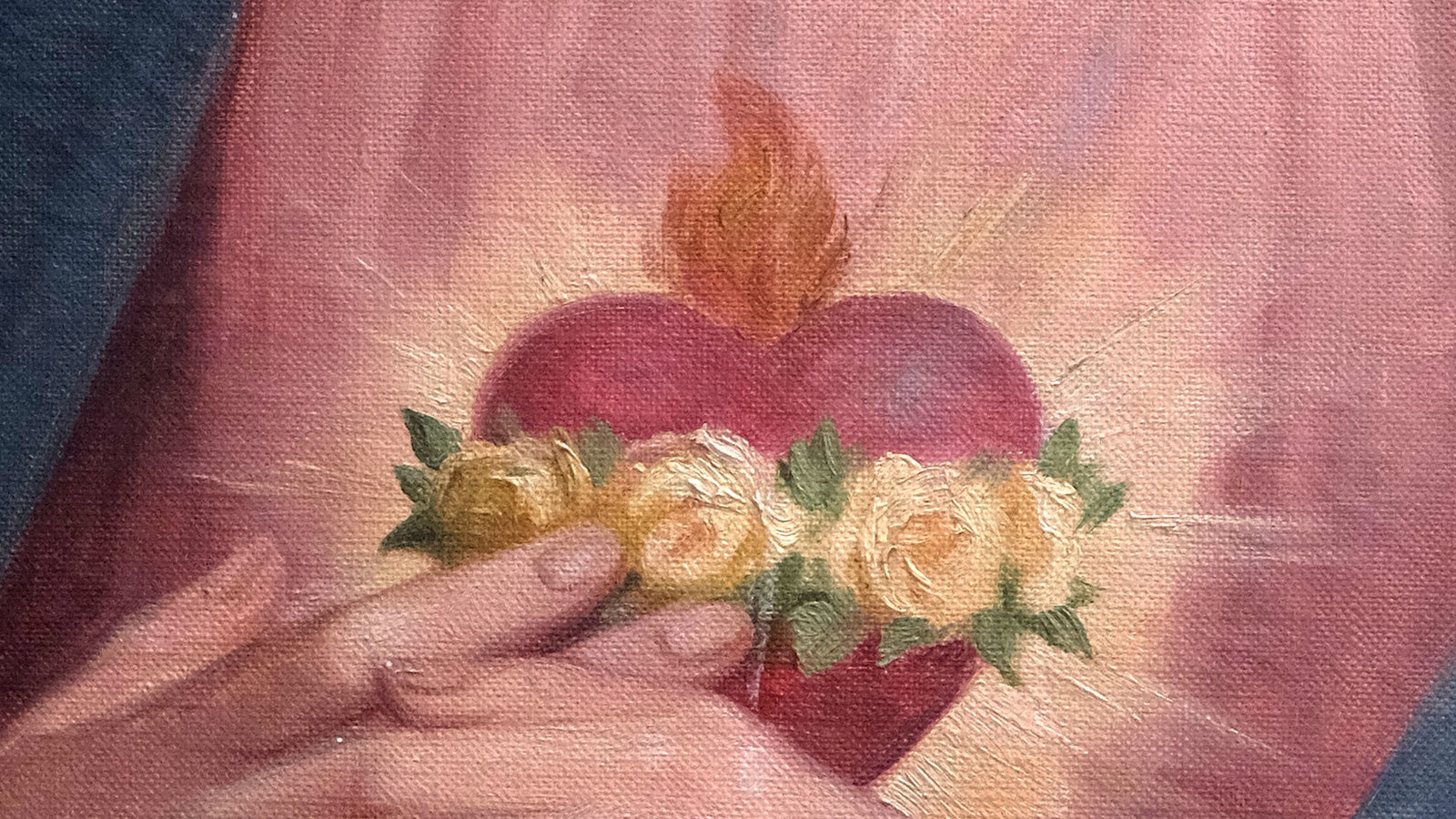 Our Lady of Fatima's promises and devotion of The Five First Saturdays given to the Fatima seers in 1917.