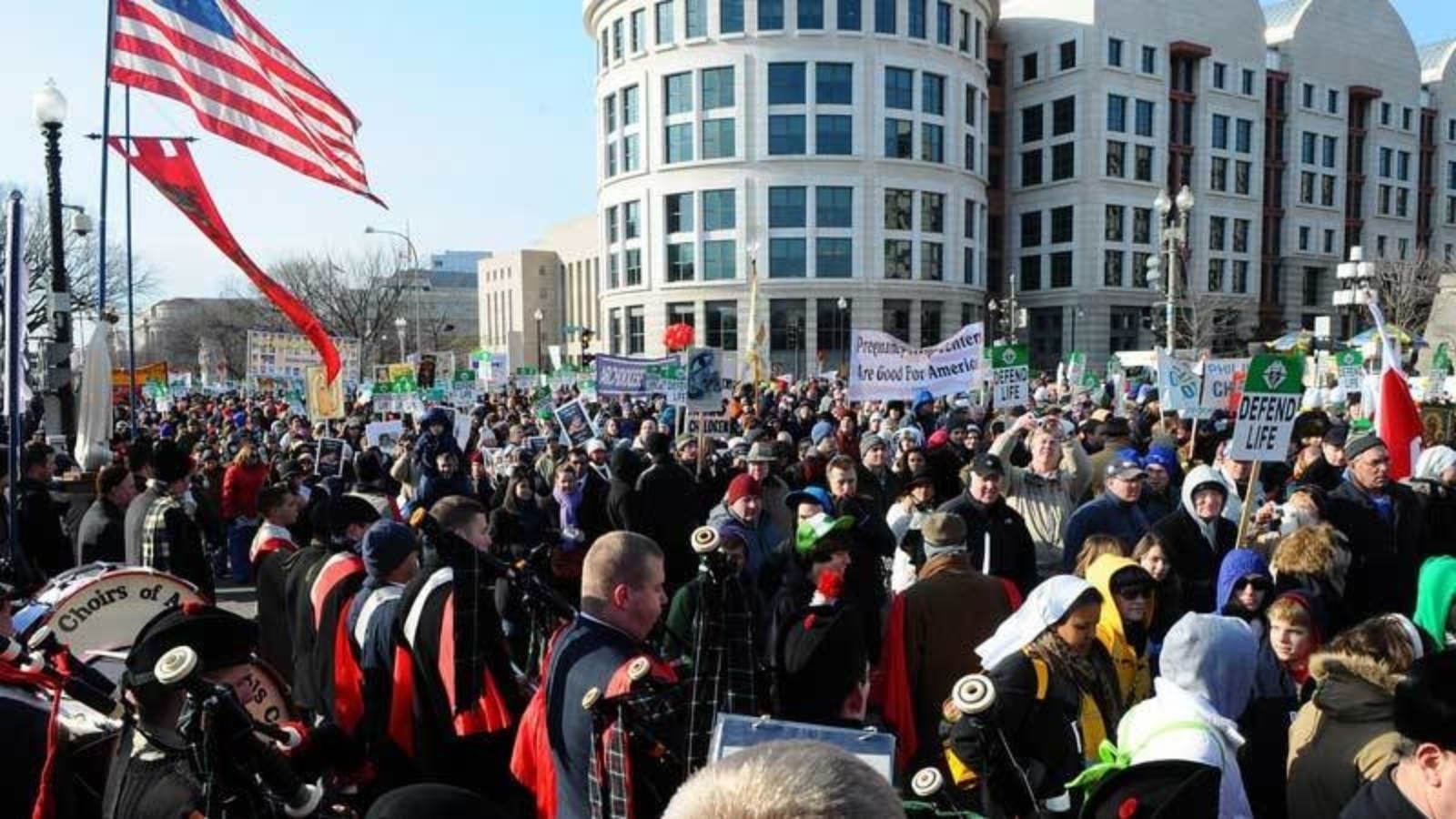 In these past years, we stood on the crest of the great national wave of reaction against intrusive government. In the middle of this fierce debate was found the compassionate voices of America’s anti-abortion majority who protested the most horrific intrusion permitted by the State: depriving the unborn child the right to be born.

We have long stood up for the rights of the unborn child. We have plenty of reasons to fight against abortion. It is enough to cite the numerous moral and religious reasons to justify our position:

However, in the recent massive rejection of government intrusion into our private lives, it gives us special occasion to cite another set of reasons for which we must raise our voices against abortion: our complete and unequivocal rejection of socialism.

Many do not want to link abortion with socialism. Leftists would hide this link and insist upon associating socialism with “compassion” for the worker or the poor. Nothing could be further from the truth.

Moreover, on the right, there are conservatives who promote the mistaken notion that we must separate our opposition to government intrusion in economy from our defense of moral issues. They judge it expedient to put aside moral issues to concentrate on fiscal matters. We reject such shortsighted opinions.

We reject this view because socialism is much more than just an economic system. It presupposes a worldview that provides the socio-political foundation for a pro-abortion world.

Indeed, wherever socialists have taken power, they have always pushed ahead legislation to legalize and further liberalize abortion. Socialists have never been known to oppose abortion. By its own principles, socialism will always lead to abortion. Likewise, an abortion mentality of eliminating responsibility for one’s action will eventually lead to socialism.

Socialism is a bankrupt utopian ideology that seeks to eliminate human selfishness by destroying individual freedom, the family, private property and free enterprise. Socialists believe they can eliminate injustice by transferring responsibilities from individuals and families to the State. However, their efforts are tantamount to killing the patient to cure his illness.

By destroying individual responsibility, socialism destroys true liberty, which is every man’s freedom to decide for himself all matters that lie within his competence, to follow the course shown by his own reason, and to keep within the laws of morality and the dictates of justice and charity.

Socialism destroys the foundation for all morality. Thus, abortion is completely consistent with socialist thought since it deprives sexual acts of their consequences.

We see no contradiction between fiscal responsibility and moral responsibility. Indeed, the two complement each other since they both presuppose restraint and personal moral decisions. Consistent pro-life activists must be ardently anti-socialist activists.

Thus, there are plenty of reasons why our pro-life convictions lead us to fight socialism. We list ten reasons that should motivate us in the coming year.

1. Socialism and communism are the same ideology

Communism is an extreme form of socialism. From the ideological standpoint, there is no substantial difference between the two. In fact, the communist Soviet Union called itself the Union of Soviet Socialist Republics (1922–1991) and communist China, Cuba and Vietnam define themselves as socialist nations. All communist countries legalized abortion. Communist China and its infamous “one-child policy” goes one step further by forcing mothers to have abortions.

Socialism seeks to eliminate “injustice” by transferring rights and responsibilities from individuals and families to the State. In the process, socialism actually creates injustice. It destroys true liberty by taking away the freedom to decide all matters that pertain to the individual. The will of the State replaces the laws of morality and thus opens the way to abortion.

Socialism is anti-natural. It destroys personal initiative, a fruit of our intellect and free will, and replaces it with State control. It tends to totalitarianism, with its government and police repression, wherever it is implemented.

Socialism calls for “redistribution of the wealth” by taking from the “rich” and giving to the “poor.” It imposes taxes that punish those who took greater advantage of their productive talents, capacity to work or thrift. It uses taxation to promote economic and social “egalitarianism,” a goal that will be fully achieved, according to The Communist Manifesto, with the “abolition of private property.” Thus, the destruction of property takes away the conditions for the healthy functioning of the family.

Socialism sees no moral reason for people to restrict sex to marriage, the indissoluble union between a man and a woman. Furthermore, socialism undermines private property, which Friedrich Engels, founder of modern socialism and communism along with Karl Marx, saw as the foundation of traditional marriage.

Socialism has the State control the education of children. Almost from birth, children are to be handed over to public institutions, where they will be taught what the State wants, regardless of parental views.

A supposed absolute equality among men is the fundamental assumption of socialism. Therefore, it sees any inequality as unjust in itself. Private employers are quickly portrayed as “exploiters” whose profits really belong to their employees. This radical equality also favors “sexual equality” and the destruction of the family.

Belief in God, Who unlike us is infinite, omnipotent and omniscient, clashes head-on with the principle of absolute equality. Socialism therefore rejects the spiritual, claiming that only matter exists. God, the soul and the afterlife are illusions according to socialism.

For socialism there are no absolute truths or revealed morals that establish standards of conduct that apply to everyone, everywhere and always. Everything evolves, including right and wrong, good and evil. There is no place for the Ten Commandments, neither in the private mind nor in the public square.

According to Karl Marx, religion is “the opium of the people.” Lenin, founder of the Soviet Union, agreed, “Religion is opium for the people. Religion is a sort of spiritual booze in which the slaves of capital drown their human image, their demand for a life more or less worthy of man.”

Our fight for the unborn

Thus, we continue our fight for the unborn by uniting with those who fight government intrusion into the private lives of citizens. We separate fiscal responsibility from moral responsibility at our own risk. Our constant appearance in events like the March for Life sends a message that our moral outrage over abortion also extends to a political philosophy that makes abortion possible.

Indeed, Our Lady at Fatima in 1917 spoke of immodesty, impurity and bad fashions that would offend God very much. She called men to repentance, reparation and amendment of life. However, she also spoke of the “errors of Russia” that at that time was falling into communism.

That is why we coordinated 12,629 Public Square Rosary Rallies on October 2014, where nearly 300,000 Catholics gathered in public places nationwide to insist upon heeding Our Lady’s warnings at Fatima as a solution to put an end to abortion, and those socialist errors that so afflict the nation.

With an unshakable confidence and determined insistence, we must continue our peaceful and legal fight against abortion.

We have ten more good reasons to add to the many other moral and religious reasons why we protest the killing of innocent life. It is with certainty of our just cause that we have recourse to Our Lady who at Fatima added a final certainty that these evils will be overcome and we will see the triumph of her Immaculate Heart. 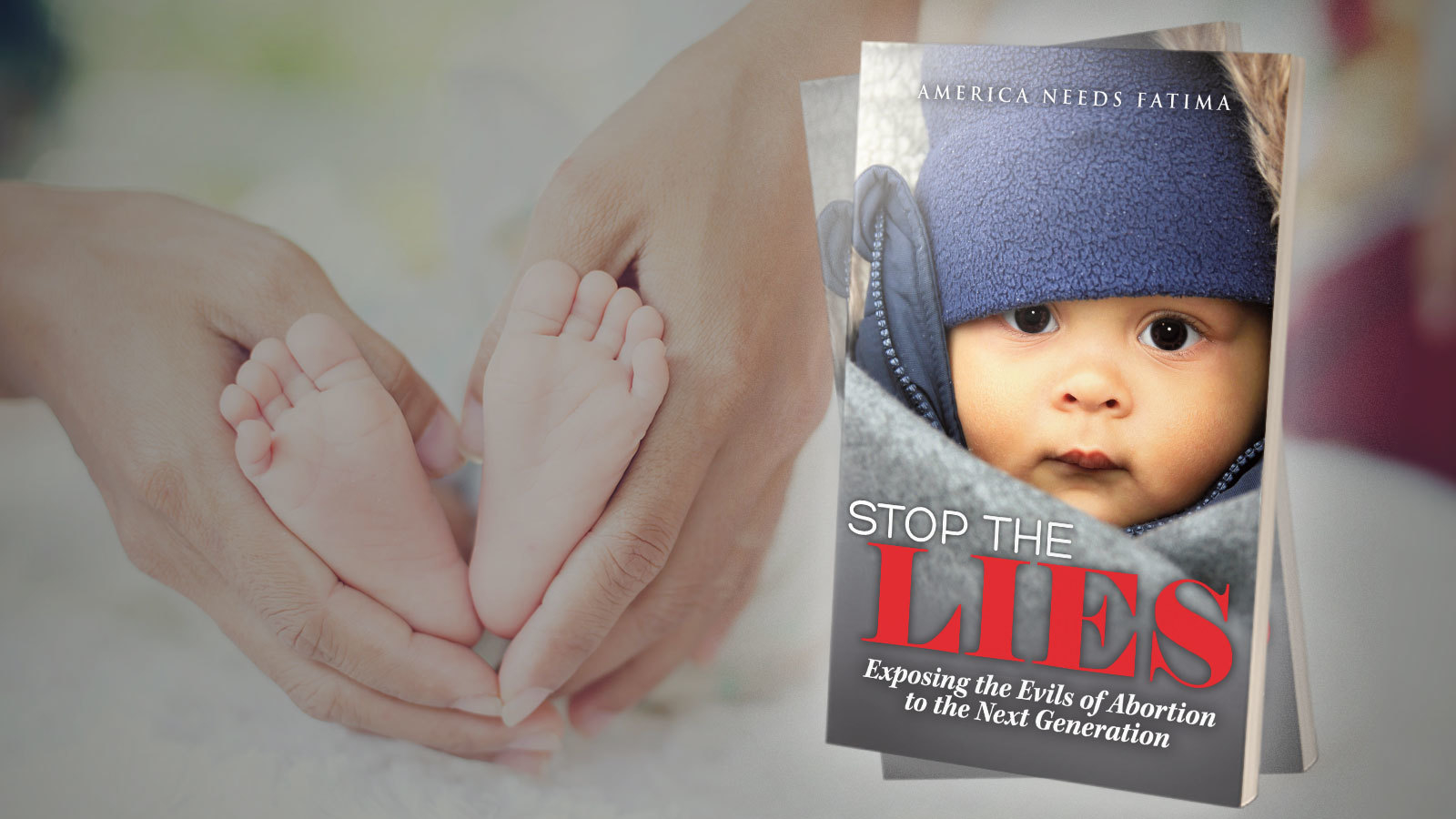 Arm yourself in the battle to defend the unborn by ordering your free copy of "Stop the Lies" today! 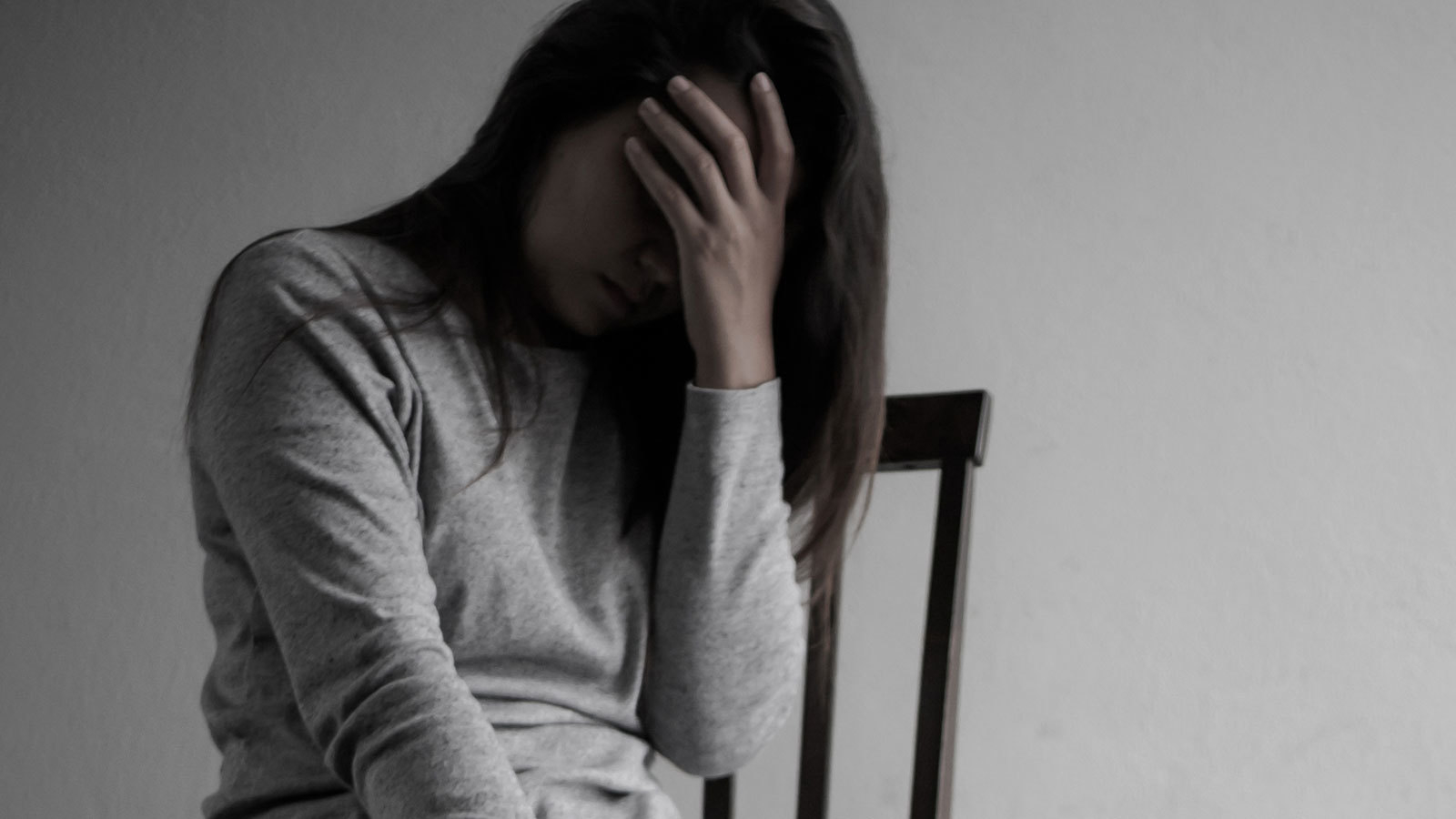 Rachel, Why Do You Cry?

Modern culture lies to today’s growing girl. It tells her she must be ashamed of her femininity, and of her maternal instinct. 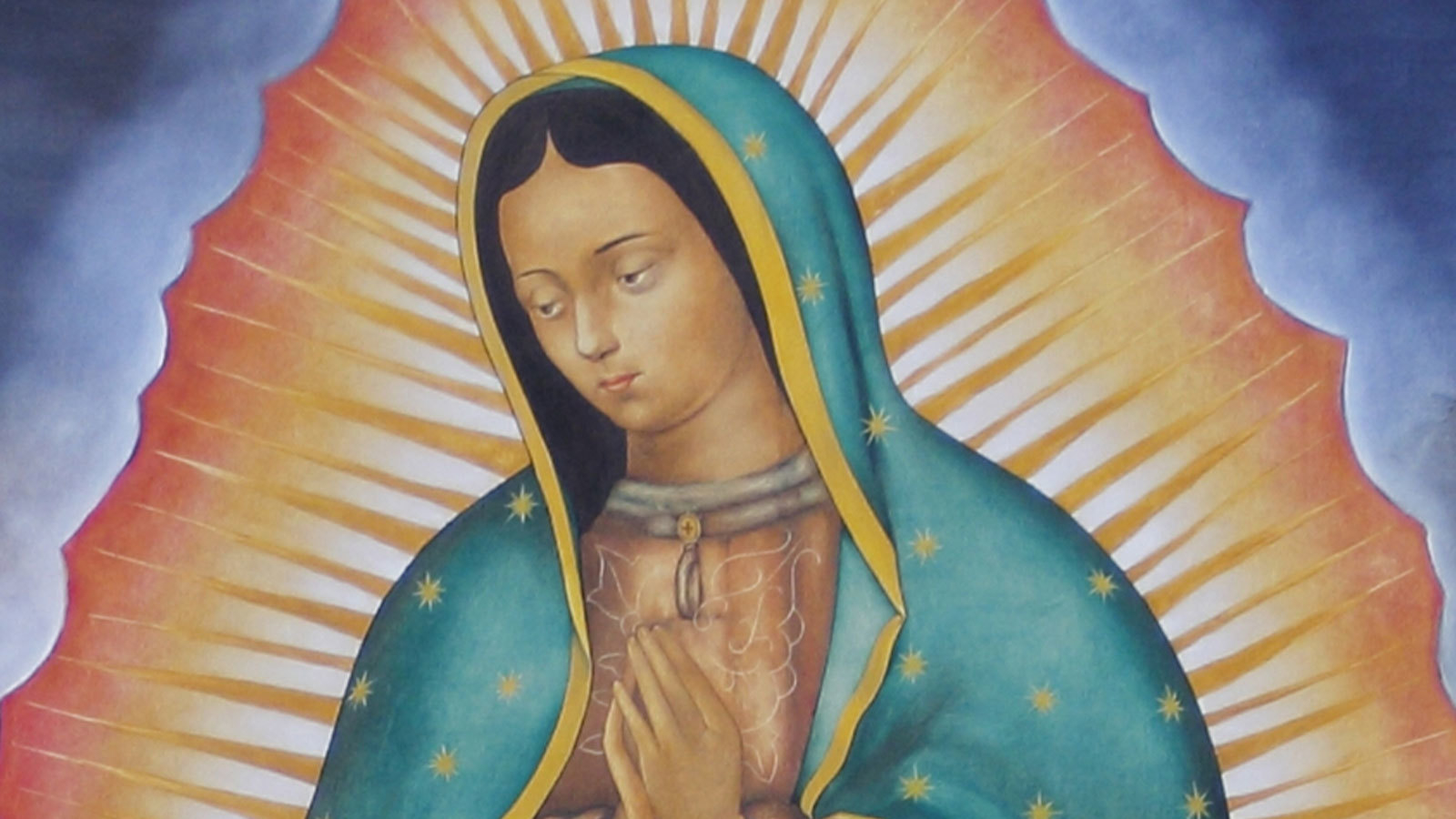 Protectress of the Unborn–Our Lady of Guadalupe

The brief story of Our Lady of Guadalupe and why she is known as the Protectress of the unborn. 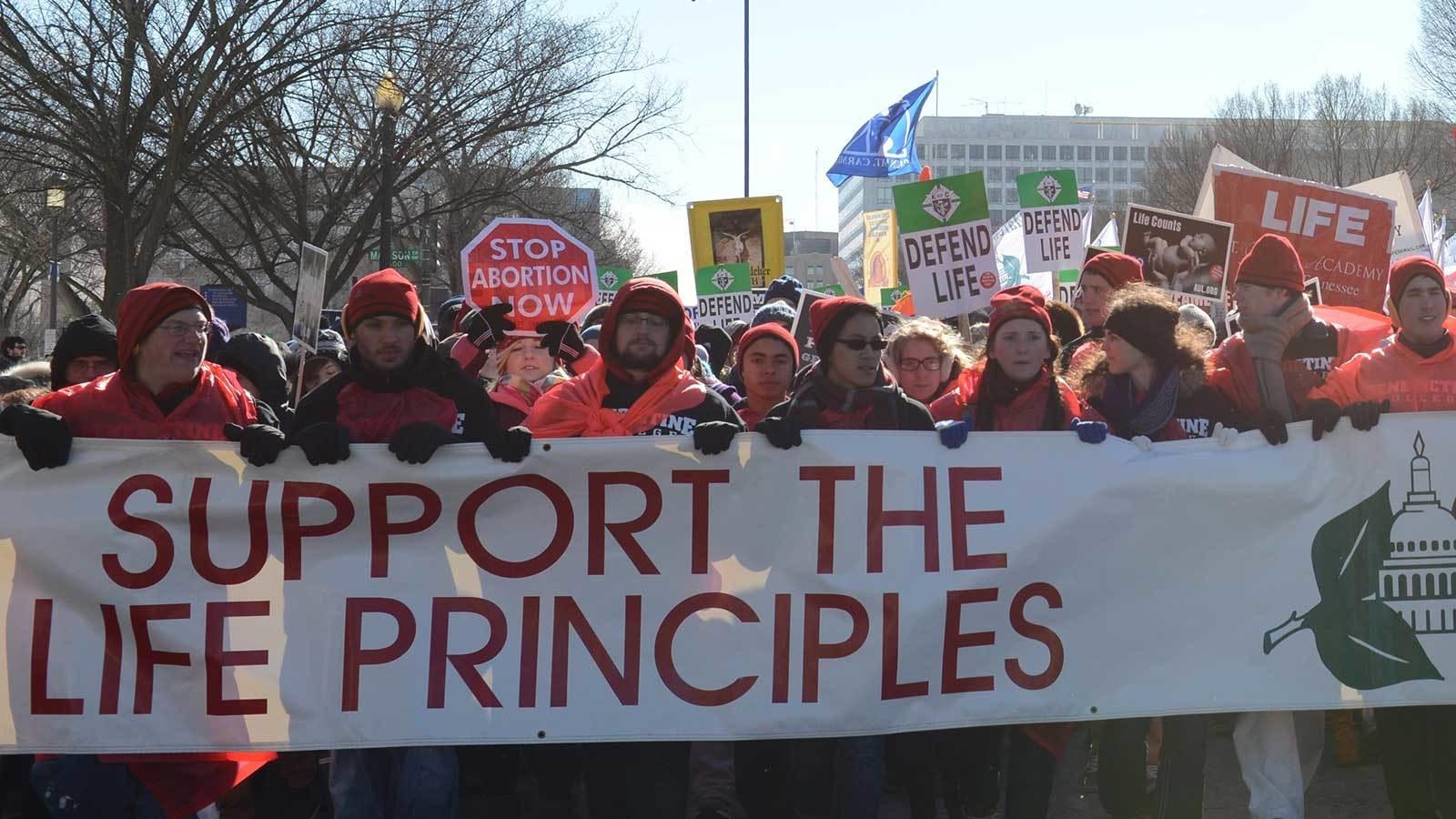