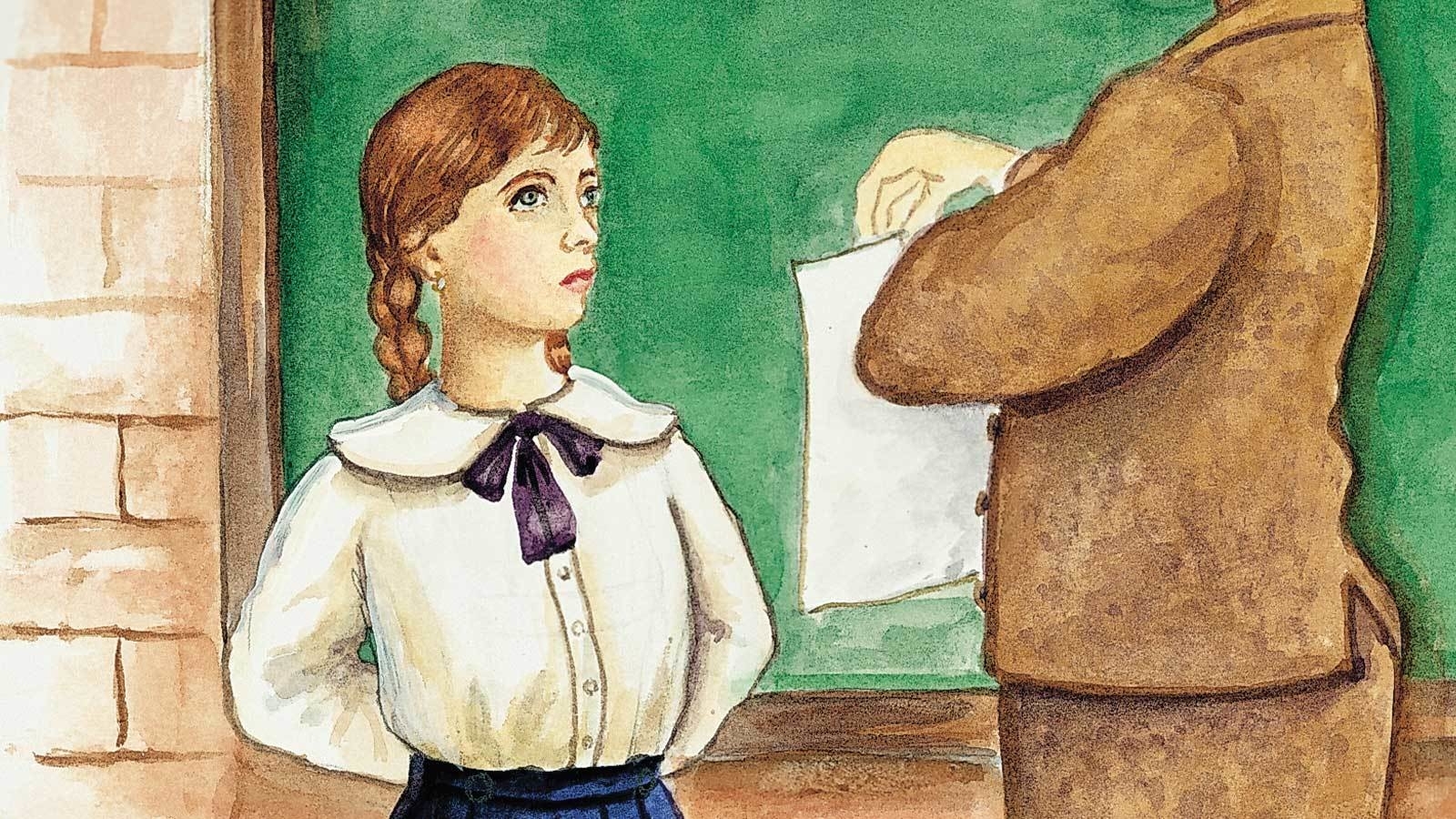 This is the story of a marvelous miracle that took place a few days before Christmas of 1956 in Communist-occupied Hungary. The story comes to us through a Fr. Norbert, a parish priest in Budapest, who later fled to the West.

Gertrude was a rabidly militant Communist who was an elementary teacher in a girls’ school. She made it her mission to try to steal her pupils’ Catholic faith, and missed no opportunity to either mock their belief, or to slyly indoctrinate them in Marxist propaganda.

One particular pupil, Angela, an intelligent, devout little leader, asked Fr. Norbert to let her receive Holy Communion daily to help her bear up under her teacher’s constant persecution.

“She will persecute you worse,” Fr. Norbert warned, but the ten year old insisted she needed Jesus more than ever.

Sure enough, from that day, sensing something different, Gertrude began a veritable psychological torture campaign.

On December 17, the schoolmistress devised a cruel trick meant to strike a deadly blow against what she termed “ancient superstitions infesting the school”.

In a sweet voice, she began to question the children, promoting atheistic materialism, arguing that things only exist that can be seen and touched. To illustrate her point, she asked Angela to step out of the room. Then she had the whole classroom call to her,

“Angela, come in!” called the girls in unison.

“You see, girls,” oiled Gertrude, “because Angela is a living person, someone we can see, hear and touch, when we call her she hears us. But suppose…we were to call the Infant Jesus, in whom some of you seem to believe…do you think He would hear you?”

There was a loaded silence; then some voices timidly said,

“What about you, Angela”, asked the teacher.

Now Angela understood. She expected a trap, but not one so terrible. But she answered with ardent faith,

“Yes! I believe that He hears me!”

Now Gertrude laughed loud and long. Then, turning to the class, she shot;

The Communist’s arguments had not been totally ineffective.

Suddenly, Angela rushed to the front of the class, her eyes glistening. Facing her classmates she shouted,

“Listen girls, we are going to call Him! Let’s all call together: come, Infant Jesus!”

Gertrude was startled. She had not expected this reaction.

But the young ones continued. There was now an aura of expectant hope around the little leader.

When anticipation was at a height, the classroom door opened soundlessly, an intense brightness shining there, then entering the classroom and slightly increasing like the light of a great, gentle fire. In the midst of this splendor, there was a globe that shone with an even clearer light.

As the girls and teacher watched, riveted to the floor, the globe opened disclosing a handsome Infant dressed in a refulgent tunic. His smile was ravishing, as the little girls smiled back, in perfect peace and joy. Then, gently, the globe closed and disappeared through the door.

The children were still raptly gazing in the direction of the door, when they were jolted back to earth by a sharp scream.

“He CAME!” Screamed the terrified school mistress, “He CAME….!!!” And she fled down the hallway.

Fr Norbert questioned the little girls one by one. He attested under oath that he did not find the least contradiction in their accounts.

As for Gertrude, she was interned in an asylum. The tremendous shock of the apparition affected her godless mind, and she never stopped repeating, “He came, He came!”

Based on an account by Maria Minovskca in Magnificat Magazine, Braga, Portugal.