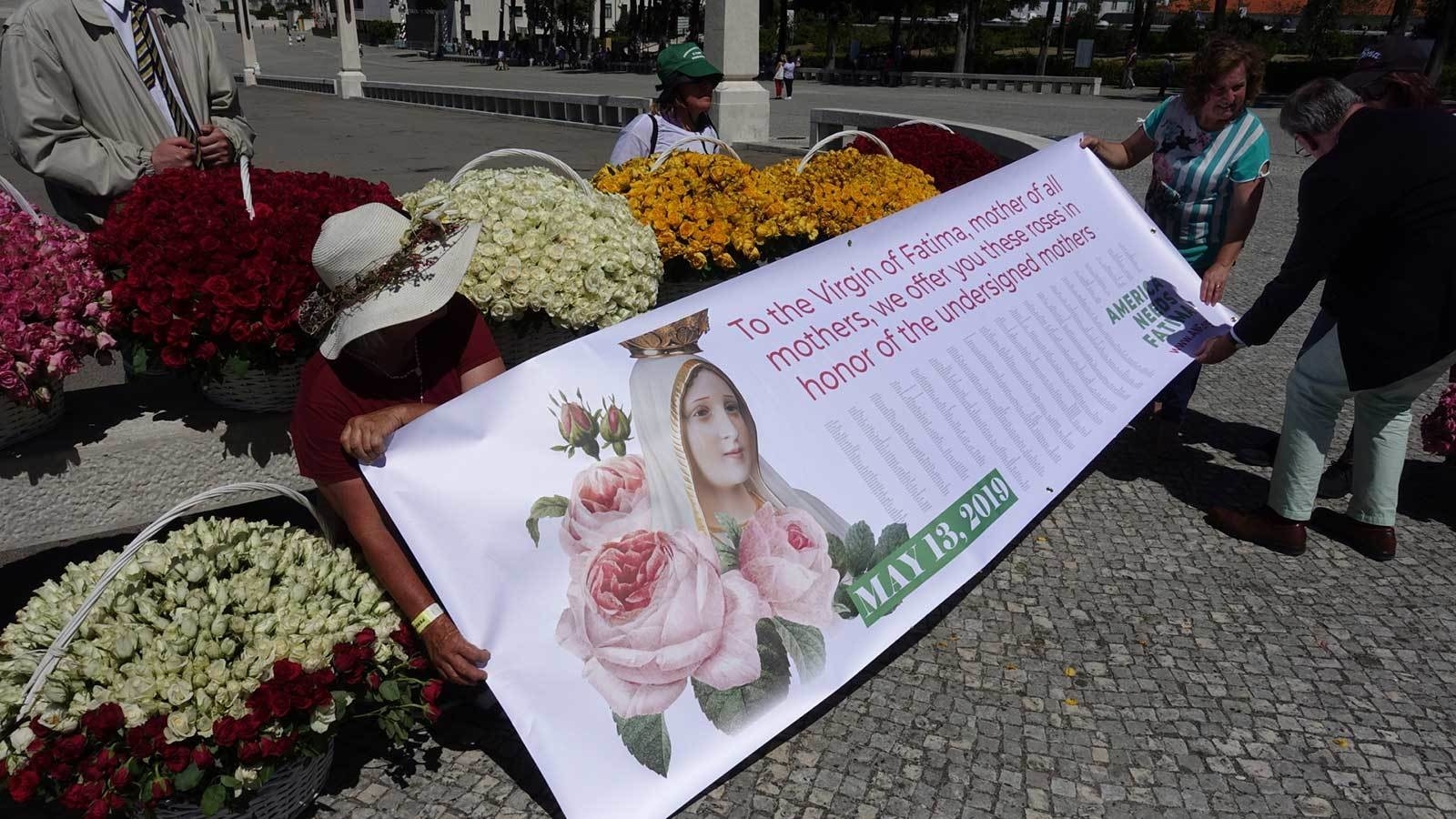 Annual Pilgrimage to Fatima Portugal: May 2019

America Needs Fatima has long been sponsoring annual pilgrimages to the shrine of Our Lady of Fatima in Portugal. It all began in 2007 as a way to bring consolation to that dear Mother on the anniversary of her first apparition on May 13, 1917.

In a world where a majority of mankind has not heard of, or has chosen to ignore, her maternal advice, it became necessary to find a way to show Our Mother that she does indeed have children who have embraced both her messages of hope and her call for amendment of life through the recitation of her Rosary.

Every year, the pilgrims bring with them three tokens of affection from friends and supporters of America Needs Fatima: roses, prayer intentions, and, a recent development, a splendid banner containing the names of thousands of devout Catholics who join in this pilgrimage in spirit.

In the footsteps of their predecessors, Michael and Kenneth carried thousands of roses across the esplanade of the Fatima shrine in the midday sun. The roses appeared as a rainbow of bright colors – red, pink, yellow and white – spanning the walkway where thousands trod to be close to that miraculous and privileged spot where the Mother of God appeared to three shepherd children. Pausing to admire the colorful array of devotion, many Catholics from all around the world commented, in various languages, with words of appreciation and awe.

After delivering the roses to Our Lady, Michael, Kenneth and Felipe then crossed the courtyard to the Loca do Cabeco, the exact space above a holm oak tree where Our Lady appeared 102 years ago. It was here in a small chapel, that tens of thousands of heartfelt prayer intentions were laid at the feet of Mary Most Holy. Lighting large red candles, also tokens of the prayers of America Needs Fatima supporters across America, and setting the intentions lovingly before her holy image and only yards away from the exact spot where she appeared.

Later, as the sun sank lower in the Portuguese sky, the number of pilgrims swelled as they filtered back into the square for the famous candlelight vigil procession. Probably the most moving of all Fatima devotions, the procession soon began as hundreds of thousands pilgrims carrying small candles combined to fill the square with flickering light. As the pilgrims all began to move in procession, the Fatima Name Banner was raised high for all to see the thousands of names printed there, a silent testimony to the affection and confidence of those whose names were printed on it.

Though the crowd was large, there was a sense of unity and peace felt by all present. From countries all around the globe, the people in Fatima that evening all spoke the same language, one of love for and devotion to Our Lady of Fatima. And it can be safe to say that they were all of one mind in joyfully anticipating that day known only to God above when the fulfillment of her promise would come to pass that:

“Finally, my Immaculate Heart will triumph.”