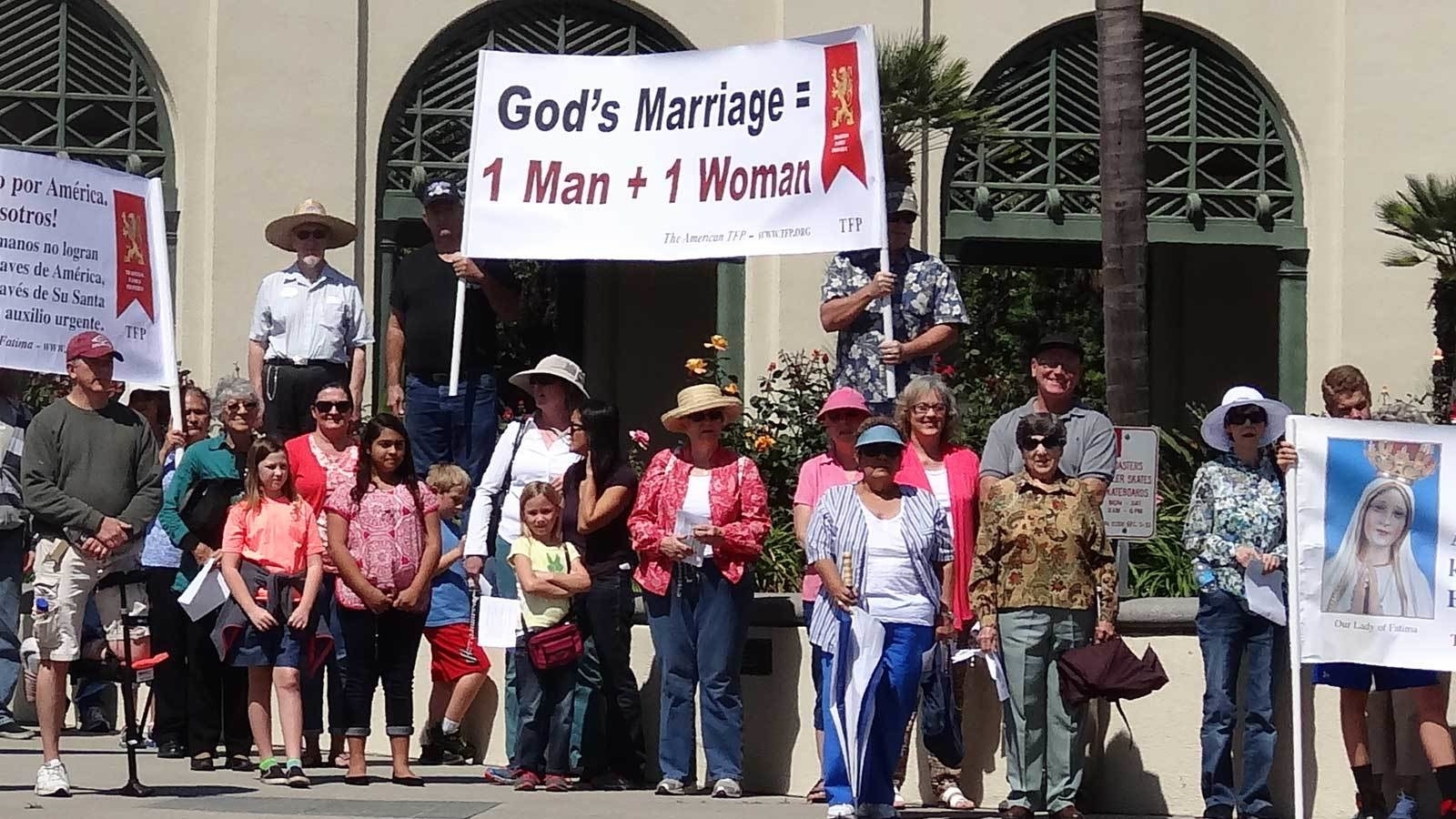 Catholics across the country gathered on March 23rd to participate in Traditional Marriage Rosary Rallies on the Saturday following the Feast of Saint Joseph. The size of over 3,000 rallies varied from 10 people in some towns, to 35 or more in larger cities. It was cold and windy in some cities, while it was calm and sunny in others.

But at all of the rallies, the general spirit of the attendees was cheerful and upbeat, with lots of holy enthusiasm. Many rallies started with the Angelus at noon, and then proceeded with the Holy Rosary, praying for the conversion of America, the Catholic Church and making an act of reparation for the sins committed against holy matrimony.

The responses from the public were overwhelmingly positive with many honks of approval. Here and there, captains reported on some negative responses. But most reports indicate cheerful reactions from passersby, many giving the "thumbs up," including lots of young couples.

There were even shouts of enthusiasm and great joy at seeing the “God's marriage = 1 Man + 1 Woman” banners. One could sense a general and pervasive sense of happiness from people at seeing sanity about God's marriage in the public square, which is so rare today.

Rally Captains mentioned that their rally attendees expressed courage in openly and peacefully facing the Homosexual and Transgender Revolution, denying the insanity and lies it promotes. One rally participant said it in these words:

"People at the rally were super enthused...participants and public passing by. I also saw one man who honked, waved and made the sign of the Cross as he drove by. I thought we got a good number of honks from the cars driving by. Rally attendees stayed on and talked for a long time once we finished the rally. One attendee wants to do a Traditional Marriage rosary every week over the bridges and overpasses."