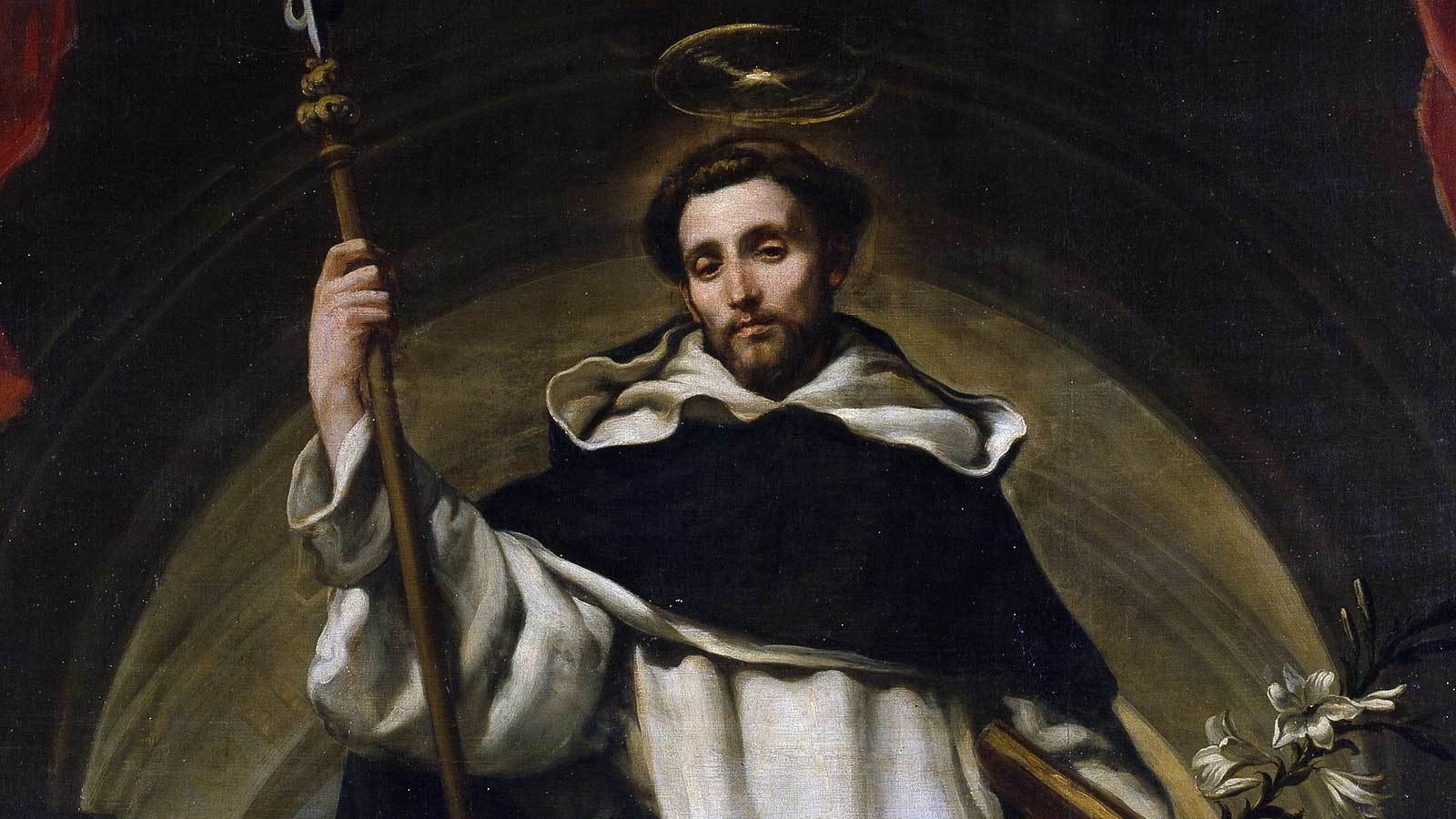 The Head, the Rosary and the Saint

From the "Glories of Mary" by St. Alphonsus Liguori

Father Eusebius Nierembergh relates, that there lived in the city of Aragona, Sicily, a girl named Alexandra. Being both noble and very beautiful, Alexandra was greatly loved by two young men.

Driven by jealousy, these young men fought one day and killed each other. Their enraged relatives, in return, killed the poor young girl as the cause of so much trouble. They cut off her head and threw her remains into a well.

A few days later, Saint Dominic of Guzman was passing through that place and inspired by Our Lord, approached the well and said: “Alexandra, come forth.” Immediately the head of the deceased came forth, perched on the edge of the well, and asked the saint to hear her confession.

Perhaps accustomed to bizarre phenomena, Saint Dominic heard its confession and also gave it communion, in the presence of a great concourse of curious persons who had assembled to witness the miracle.

Then the saint asked her to tell why she had received such a grace. Alexandra answered that when she was beheaded, she was in a state of mortal sin and would have been damned to hell. But on account of the rosary which she was in the habit of reciting, Most Holy Mary appeared and preserved her soul from unending torments.

So it happened that for two days the head of Alexandra retained life and when summoned was set upon the edge of the well, in the presence of all, and then the soul went to purgatory.

Fifteen days later, Alexandra’s soul appeared to Saint Dominic, beautiful and radiant as a star. She then told him that one of the principal sources of relief to the souls in purgatory is the rosary which is recited for them; and that, as soon as they arrive in paradise, they pray for those who apply to them these powerful prayers.

Having said this, Saint Dominic saw that happy soul ascending in triumph to the kingdom of the blessed.

Note: With some English editing. The title is ours.