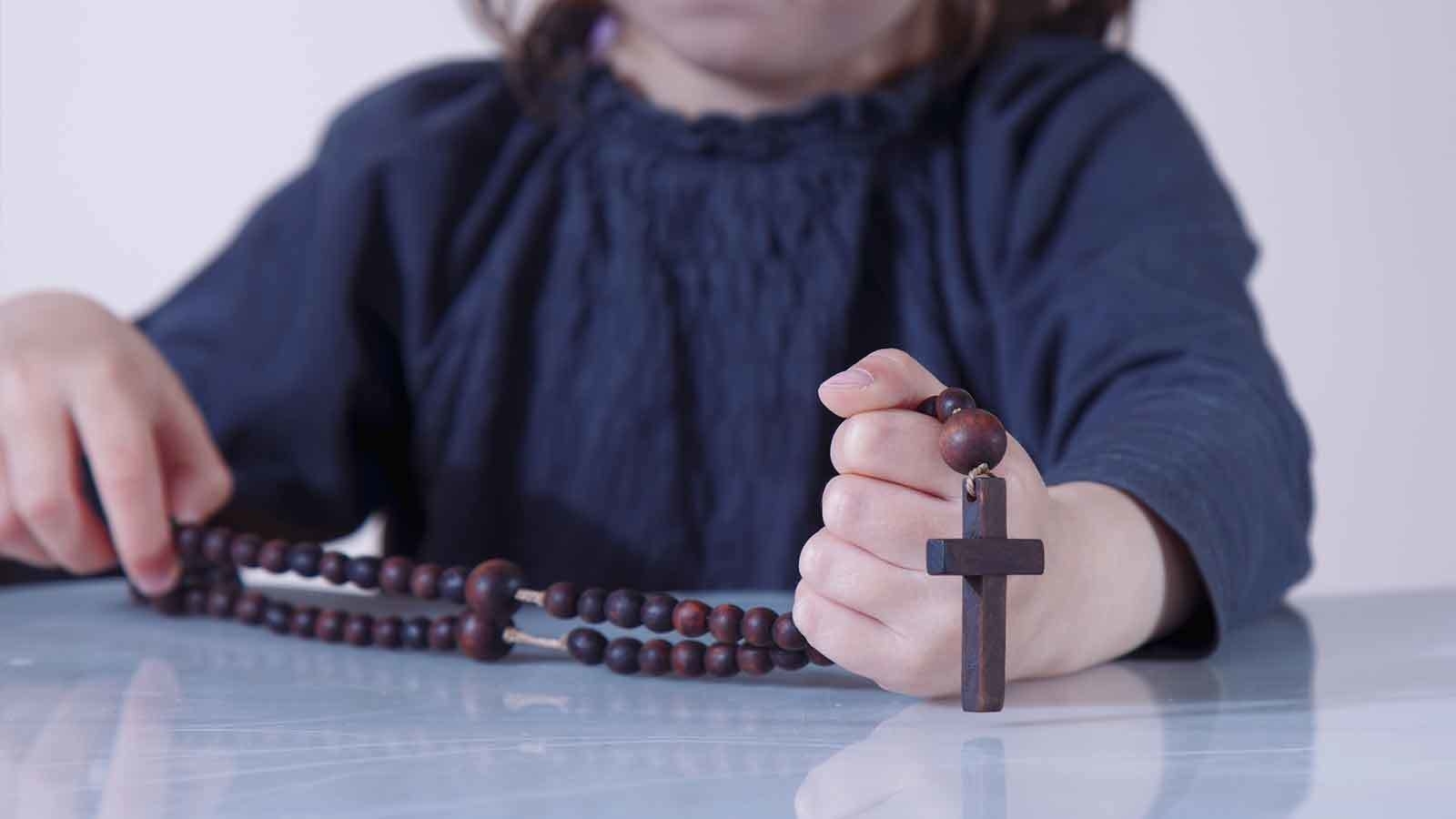 The Rosary and the Possessed Girl

In the book, The Secret of the Rosary, St. Louis de Montfort relates that Father Jean Amat, a Dominican, was giving a Lenten Mission in the Kingdom of Aragon, Spain, when a young girl possessed by the devil was brought to him.

Father Amat began the exorcism. After several unsuccessful attempts, the priest had an idea; taking his Rosary, he looped it around the girl’s neck.

No sooner had he done this, the girl began to squirm and scream and the devil, shouting through her mouth shrieked, “Take if off, take off; these beads are tormenting me!”

At last, moved to pity for the girl, the priest lifted the Rosary beads off her neck.

The next night, while the good Dominican lay in bed, the same devils who possessed the young girl entered his room. Foaming with rage, they tried to seize him, but he had his Rosary clasped in his hand and no efforts from the infernal spirits could wrench the blessed beads from him.

Then, going on the offensive and using the Rosary as a physical weapon, Fr. Amat scourged the demons crying out, “Holy Mary, Our Lady of the Rosary, help me, come to my aid!” at which the demons took flight.

The next day on his way to church, the priest met the poor girl, still possessed. One of the devils within her taunted him, “Well, brother, if you had been without your Rosary, we should have made short work of you…”

With renewed trust and vigor, the priest unlaced his Rosary from his belt, and flinging it around the girl’s neck commanded, “By the sacred names of Jesus and Mary His Holy Mother, and by the power of the holy Rosary, I command you, evil spirits, leave the body of this girl at once.”

The demons were immediately forced to obey him, and the young girl was freed.

“These stories,” concludes St. Louis de Montfort, “show the power of the holy Rosary in overcoming all sorts of temptations from the evil spirits and all sorts of sins because these blessed beads of the Rosary put devils to rout.”