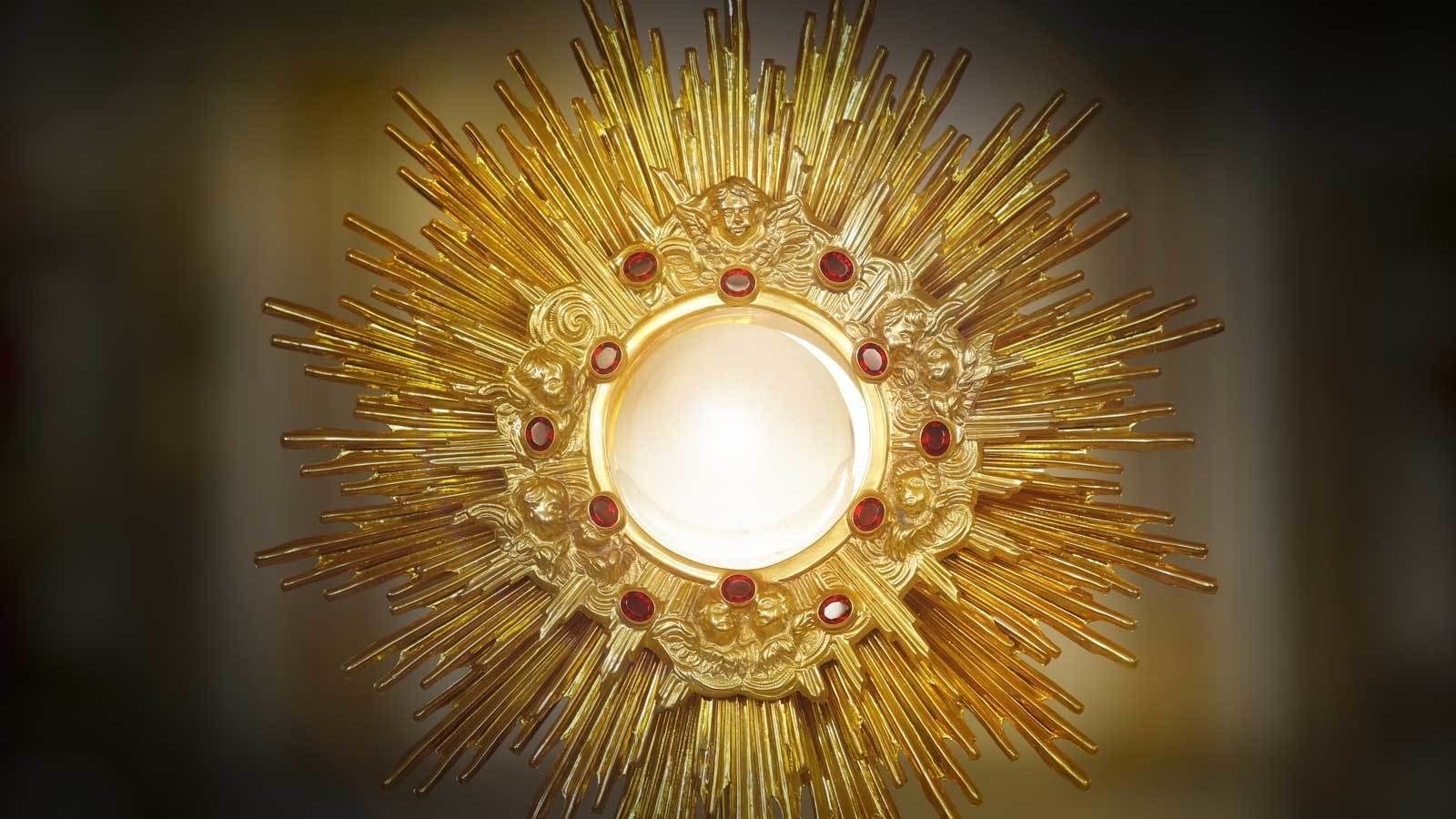 I saw a marvelous host and heard about a Eucharistic miracle just outside Fatima.

It was in a small town called Santarem about 35 miles south of the shrine. St Stephen's Catholic Church, now known as The Church of the Holy Miracle, is a building nestled amongst a cluster of simple, brick and stone homes.

Little has changed over the centuries on the narrow cobblestone streets with children playing and traffic moving slowly along reflecting a calm pace of life.

However, it was precisely here where in 1247 a horrible sacrilege took place that produced the miracle of the Holy Host.

There lived at that time a Catholic woman suffering from the abuse and infidelity of her husband and was convinced that her husband no longer loved her. After many prayers and no relief from her problems, she turned to a sorceress for help.

Upon explaining her problems, she was told to bring a consecrated host with the promise that her husband would soon return to his loving ways. The woman was aware of the grave offense to God, and was frightened with the prospect of committing a horrible sacrilege. Unfortunately, she gave in to temptation and went to Mass at Saint Stephen's and received Holy Communion, removed the host from her mouth and put it into her veil.

As she headed for the sorceress' cave, the first miracle occurred. Within moments, blood began to issue from the host. The amount of blood was such that it soon dripped from the cloth and attracted the attention of bystanders who asked if she needed assistance. Becoming even more frightened by the unexpected turn of events, she hurried home instead of the sorcerer's cave, and put the veil with the host in a wooden chest in the bedroom.

The second miracle took place that very night when both she and her husband were awakened by a mysterious light penetrating through the wooden chest. The woman then confessed her sin to her husband and they both spent the remainder of the night on their knees in adoration. The following morning, the parish priest was informed and people rushed to the house to contemplate the Holy Miracle. The priest brought the host back to the church in solemn procession, placed it in a small case of wax; and deposited it in the tabernacle.

A third miracle occurred later when the priest opened the tabernacle door and found the wax container had broken into small pieces. In its place was a beautiful crystal pyx with the blood of the host inside. The pyx is approximately 1/2" thick and 2" in diameter, crystalline clear and with a small protrusion on the side that contains the largest collection of blood. It is irregularly shaped crystal through which can be seen the real flesh with delicate veins running from top to bottom and a quantity of blood which is collected at one end.

It was later placed in a gold and silver pear-shaped monstrance with a sunburst of 33 rays where it remains today. The reliquary that houses the miraculous Host rests above the tabernacle, and can be viewed atop a set of stairs from behind the main altar.

The woman's house was converted into a chapel in 1684.

The small house where the miracle occurred is three blocks from the church. On the second Sunday of every April, this incident is re-enacted by local actors. The actual Holy Host is taken in solemn procession from the chapel at woman's house, to the church.

This case, along with many other Eucharistic miracles, gives witness to the real presence of Our Lord Jesus Christ in the Eucharist.

For those who do not believe, no explanation is possible.

For those who do believe, no explanation is necessary.

During the Age of Faith, even those who committed such sacrileges believed in the Real Presence. Building upon that faith, God called them to repentance and often rewarded them with impressive miracles.

In light of such miracles, the eBay controversy is a tragic sign of our times. We have lost the notion of our God in the Eucharist to the point that consecrated hosts become collectibles to be bought and sold as merchandise. It is the task of the Faithful to protest loudly and peacefully to bring back that faith. We must affirm the Real Presence even when others do not believe. We must trust in God that he will reward our efforts maybe not with miraculous hosts but with souls all aflame with love of Him and renewed strength to confront our secular culture.