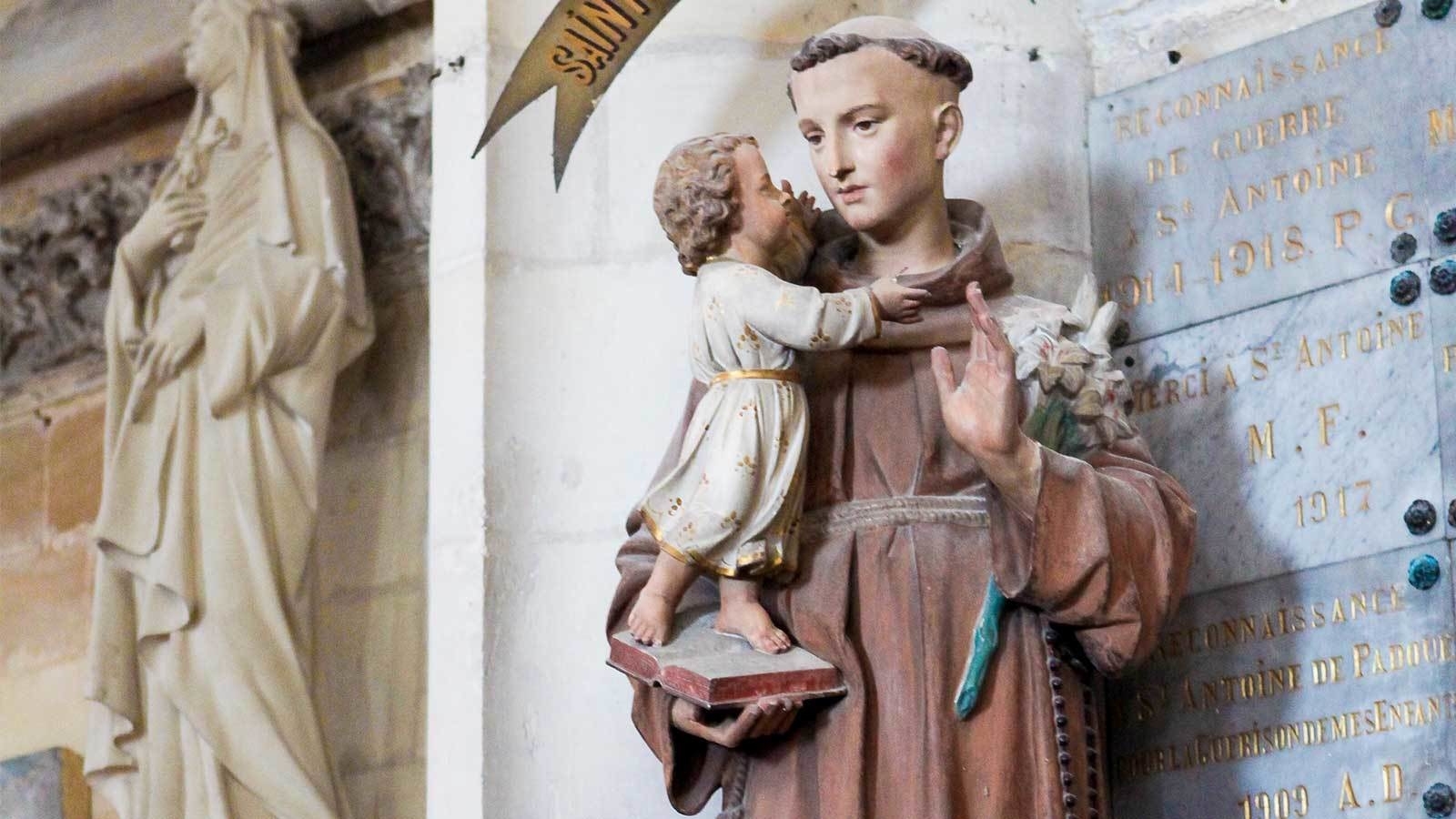 Saint Anthony, a Mule and the Eucharist

Saint Anthony (1195-1231) worked hard to convert those who did not believe in the Real Presence of Jesus in the Eucharist because he genuinely felt sorry for them. He saw that they were depriving themselves of the most precious gift of the Eucharist, and he believed that no one could long survive without this spiritual nourishment.

Often, he was called to defend the dogmas of our faith to heretics, especially the Albigensians, who were multiplying in the South of France and the North of Italy.

However, theological arguments alone were not enough to convince those minds closed by pride and ignorance. Our Saint presented them with the irresistible argument of miracles.

During his travels through a city called Rimini, Saint Anthony engaged in conversation with a particularly stubborn heretic. This man obstinately refused to admit the mystery of transubstantiation, for he perceived no change in the sacramental species after the words of consecration.

In vain, Anthony presented proofs drawn from both Scripture and Tradition. When his efforts failed before the stubborn obstinacy of his doubter, he decided to alter his strategy.

“You possess,” he told the man, “a mule that you ride often. I will present a consecrated host to it; if it falls on its knee before the Blessed Sacrament, will you recognize the real Presence of the Savior under His Eucharistic appearance?”

“Certainly,” responded the unbeliever, who felt confident that the outcome of such a proposition would be to the apostle’s detriment.

The two men agreed to meet again in the market square three days later. They then went their separate ways, each to prepare for the spiritual showdown in his own way.

The heretic, in order to insure victory, deprived his beast from all food for the three days. Our saint employed gentler methods, preparing for his assured victory by doubling his accustomed time in prayer.

At the set day and time, Anthony left the Church, carrying a ciborium in his hands. The skeptic arrived leading the famished animal by the bridle.

A considerable crowd had gathered on the square, curious to attend such a remarkable sight. With a smile on his lips, the doubter, believing victory already to be his, set a sack of oats before the animal.

As all watched in breathless anticipation, the hungry animal turned away from the proffered food and turned toward the Sacred Host held high by the Miracle Worker. With a graceful motion uncharacteristic of his breed, the beast of burden bowed low to the ground, giving due reverence to his Creator. It did not straighten or stand up again until it had received permission from the Saint to do so.

It is easy to imagine the effect the miracle produced. A cheer rose up from the assembled crowd, many making the sign of the Cross to seal their belief in what they had just witnessed.

The heretic honored his word and converted. Several others who had shared his stubborn unbelief also embraced this most marvelous proof of Our Savior’s True Presence among his creatures.